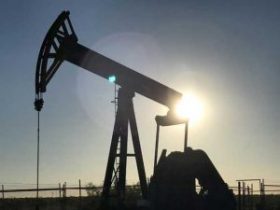 THE Securities and Exchange Commission (SEC) revoked the business registration of Fast Coin Lending Corp. for not complying with regulator-imposed rules.

In a press release on Wednesday, the commission said that the company was found to have “committed several violations of SEC Memorandum Circular No. 19, Series of 2019 (SEC MC 19).”

The company was also found to have violated the Lending Company Regulation Act of 2007.

Fast Coin Lending operates Cashcow Mobile Application, for which the company failed to submit the required disclosures, said the regulator.

It also operates two more OLPs — Cashguard and Coco Peso — which are both not registered with the commission.

SEC MC 19 requires lending and financing companies to report their OLPs prior to launch and operation.

“Lending companies must also disclose in their advertisements and OLPs specific information, such as their corporate names, SEC registration numbers, and certificates of authority,” the SEC said.

The rules also require lending companies to register their OLPs as business names, and to report any OLP they plan to operate no later than 10 days before the launch.

The SEC Corporate Governance and Finance Department (CGFD) decided to revoke the corporate registration of the company due to its continuous violations.

“[T]he company’s continuous failure to comply with the provisions of SEC MC 19, and, considering the Company’s wanton disregard of the [CGFD] directives relative to the SEC MC 19 violations, the [CGFD] deems it appropriate under the circumstances to revoke [Fast Coin Lending’s] certificate of authority,” the order read.

The latest revocation brought the total number of financing companies with canceled licenses to 39.

The commission has also revoked a total of 2,084 primary registration of lending companies for failing to secure the requisite secondary license and for other violations. — Justine Irish D. Tabile