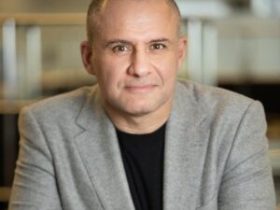 Ronn Torossian on Driving Consumer Loyalty During the Holiday Season

THE long-term decline in domestic salt production has been blamed by Senators on a 1995 law promoting iodization, which they said opened the door to competition from imports.

“It is clear that since the passage of the ASIN (An Act for Salt Iodization Nationwide) law, local production of salt deteriorated further while imports of salt increased,” Majority Leader Emmanuel Joel J. Villanueva said at a hearing of the Senate during the agriculture and food committee hearing on Wednesday.

Senator Cynthia A. Villar, who chairs the committee, called salt “a dying local industry” due to imports of 850,000 metric tons (MT) a year, or 93% of the salt requirement, mainly from Australia and China.

Gerard Khonghun, president of the Philippine Association of Salt Industry Networks (PhilASIN), added that not all imported salt is iodized, particularly the shipments from Australia.

“The law demanded that local salt be iodized, and now you’re going to import salt that is not iodized? What kind of joke is this?” Ms. Villar said, adding that domestic producers could have continued as before while requiring domestic manufacturers to iodize. The law, she added, “created a bigger problem for the Philippines.”

Government agencies like the departments of Trade and Industry and Science and Technology should have introduced training and equipment to help salt producers iodize, Ms. Villar said.

Citing data from PhilASIN, Ms. Villar said that the Philippines produced less than 60,000 MT of salt from the 2,100 hectares of salt beds.

The committee was also trying to sort out which agency was in charge of overseeing the salt industry.

“Apparently, no one in the government is in charge of the salt,” Senator Maria Lourdes Nancy S. Binay said.

“The findings are that nobody is interested in the salt industry,” Ms. Villar said. “They said that it’s (under) DENR but DENR will just give the permit to use the shoreline.”

“Since it’s a kind of food then the DA should be concerned about the salt but you all keep pointing at each other when asked who’s in charge of the salt industry,” she added. “I would like to believe it’s the DA.”

“In 2023, we have a P100-million budget that was allocated for the salt development program, but everything started only from the 2022 Bayanihan funds,” he said, noting that the funds are directly downloaded from the DA to various regional directors. — Alyssa Nicole O. Tan