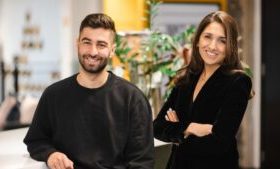 DIAGEO PLC’s acquisition of Don Papa Rum is expected to help the Philippine brand expand to more markets around the world, according to analysts.

Diageo, which owns brands such as Johnnie Walker and Smirnoff, on Tuesday announced it was acquiring Don Papa Rum, a homegrown dark rum brand, for an initial €260 million (around P15.3 billion). Depending on the brand’s performance, Diageo will pay up to €177.5 million (around P10.5 billion) through to 2028, which may bring the total deal value to €437 million (around P26 billion).

“A rationale behind this is the resiliency of demand in this sector against the backdrop of surging interest rates and inflation,” he added.

Don Papa Rum was launched in 2012 by entrepreneur Stephen Carroll and Andrew John Garcia. The super-premium dark rum is distilled and aged for a minimum in American oak barrels in Negros Occidental.

“Diageo’s acquisition of Don Papa at a hefty valuation of P26 billion… reflects the attractive growth narrative of the company and the premium derived from the brand that it was able to build through the heritage of Negros Occidental, production’s competitive edge which is its proximity to Mt. Kanlaon and the use of native sugarcanes, and superb packaging,” Mr. Temporal said.

Globalinks Securities and Stocks, Inc. Head of Sales Trading Toby Allan C. Arce said in a Viber message that Diageo’s acquisition of Don Papa Rum bodes well for the company and the brand.

Mr. Arce noted Diageo’s network and proven track record will be “a great opportunity” for Don Papa to grow and expand into more markets.

Diageo is a global leader in beverage alcohol with brands, such as Johnnie Walker, Tanqueray, Ciroc, and Guinness, that are distributed in more than 180 countries.

“Diageo has a strong track record in nurturing founder-led brands. They believe in our unique story and have genuinely embraced our brand idea. We believe this acquisition is a great opportunity to take Don Papa into the next exciting chapter of its development,” Mr. Carroll said in a statement.

Mr. Carroll will continue to be involved in Don Papa Rum, which is currently distributed in 30 countries. France, Germany and Italy are the brand’s biggest markets.

“We are excited by the opportunity to bring Don Papa into the Diageo portfolio to complement our existing rums. This acquisition is in line with our strategy to acquire high-growth brands with attractive margins that support premiumization, and enables us to participate in the fast-growing super-premium plus segment,” John Kennedy, Diageo Europe and India president, said in a statement.

Diageo said that Don Papa Rum, which registered a compound annual growth rate (CAGR) of 29% from 2016-2021, has outperformed the CAGRs of super premium rum segments in Europe and US at 18% and 27%, respectively.

“While the spirits segment in the Philippines is expected to grow at CAGR of 6% from 2023 to 2025, at par with Southeast Asian region, and 8% globally, we note that for the company, it is projected to grow at double digits given that it is still in the early stages of premiumization,” Mr. Temporal said.

He noted the valuation for Don Papa Rum also takes into account its growth potential as it expands to other markets.

Mr. Arce said the outlook for alcoholic drinks in the Philippines remains positive as sales, in total volume terms, are on track to return to pre-pandemic levels by 2024.