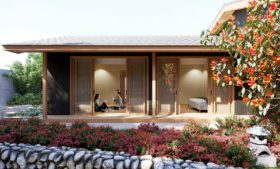 LUXURY vehicle distributor CATS Group of Companies is optimistic about the growth of electric vehicles (EVs) in the country, citing surging consumer demand.

“I think in certain [EV] segments, the market is very ripe. [In] the past year, we’ve been hearing a lot of demand from our own customers and we will react to that demand,” CATS Chief Operating Officer Francis Jonathan C. Ang told reporters on the sidelines of a press conference in Taguig City.

“For the upper luxury, in very specific segments, it makes the most sense for our consumers today. We think that the EVs will continue to grow over time,” he added.

According to Mr. Ang, bringing EVs into the country is a part of CATS plan moving forward.

“Affordability is one driver, climate consciousness is another for those who want to make sure that they play a part in the conservation of the planet,” Mr. Ang said.

Mr. Ang added that EV infrastructure is another factor considered by CATS in introducing EVs domestically.

“But I think especially for our segment, the luxury segment, we bear two things in mind. One is EVs is coming in with a lot more range — 500 kilometers, 700 kilometers, and Metro Manila has over 600 square kilometers of area,” Mr. Ang said.

“To get anywhere in Metro Manila, the EV range currently is enough and it looks like a lot of major cities in Asia. Home charging continues to be the key to unlock the EV market,” he added.

“Pre-pandemic, we were number one [in the luxury vehicle market]. For Mercedes[-Benz], we’ve had a lot of supply issues these last two-three years. By far, the demand really has outstripped supply. We’ve had difficulties supplying sales to a lot of customers and we have a long waiting list,” Mr. Ang said.

“We hope to regain leadership. We can’t really control the supply situation with the principals. They are still continuing to improve back to where we were pre-pandemic. I think the expectation might be closer to 2024 when this whole situation normalizes. The various principals have various success levels of bringing supply back to normal,” he added.

On Jan. 17, global automotive distributor Inchcape announced that it took a controlling stake, or 60%, in CATS as part of a joint venture agreement between the two companies. The Ang family, founder of CATS, will retain 40% of the company.

CATS is the local distributor for luxury vehicle brands such as Mercedes-Benz, Chrysler, Jeep, Dodge and Ram, Jaguar, and Land Rover. It also has dealerships for Mazda and Harley-Davidson motorcycles.