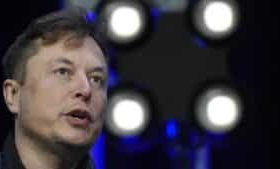 COWBOYS kicker Brett Maher might have competition, or friendly company, when Dallas visits the San Francisco 49ers on Sunday in the NFC Divisional playoffs.

Mr. Maher made NFL history in the NFC Wild Card win over the Tampa Bay Buccaneers on Monday night with four missed extra-point attempts. Mr. Maher finally connected on a PAT in the fourth quarter.

“I’m Money Maher’s biggest fan,” Cowboys quarterback Dak Prescott said. “I talked to him individually. ‘I just said, let that go. We’re going to need you. I just played like — a week ago.’ So, I mean, that happens. … Personally, no doubt that he’ll come back next week and be perfect and help us win.”

But Mr. Jones said Tuesday he won’t rely on a strong history with Mr. Maher and fears going into an elimination game with doubts at the position.

“This is a classic case of looking at what he has done for this team on the field all year, not just last night,” Jones said Tuesday on 105.3FM in Dallas. “But kicking is a technical thing. It has everything to do with, frankly, mentally having it all together as you step up there.

“We’ll read this thing as the week goes along. I thought when he came out at halftime, watched him warm up and he’s making all of the kicks. I figured that was behind him. But we will take a look at it. We can’t … go into the rest of this tournament with shakiness at kicker.”

Mr. Jones said he will consider carrying two kickers on the game-day roster at San Francisco.

“We did it last year, we had one that was good on shorter kicks and good on extra points,” Mr. Jones said, adding that he expects coach Mike McCarthy to be more willing to go for two points. “It’s an imposition to have to use up that extra roster spot, but it’s doable.”

Mr. Maher’s misses in the Cowboys’ 31-14 win were significant in betting results, with a 45.5 point total at most books. The “over” hit on each of the other five playoff games during wild card weekend.

Hall of Fame kicker Morten Anderson chimed in on Twitter, asking, “Are the Cowboys hiring?”