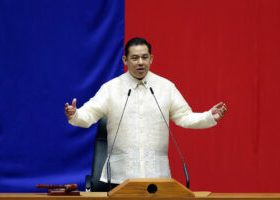 THE Court of Tax Appeals (CTA) has affirmed its ruling partially granting KEPCO Ilijan Corp.’s refund claim worth P23.39 million representing its excess input value-added tax (VAT) traced to its zero-rated sales of electricity to the National Power Corp. for the period covering three quarters of 2002.

In a 16-page decision dated Jan. 9 and made public on Jan 11, the CTA full court upheld its second division’s ruling that said P23.39 million out of the firm’s P74.66 million claim was backed by official receipts.

It disqualified some transactions from zero-rated sales since KEPCO failed to write its Taxpayer Identification Number (TIN) in some receipts for the second, third and fourth quarters of 2002.

Under the law reforming the energy industry, power generation companies are entitled to zero-rated sales of electricity that do not translate to any output tax.

The country’s revenue code requires a taxpayer to indicate in its receipts that it is a VAT-registered entity. Receipts should also contain the entity’s Taxpayer Identification Number.

The term “zero-rated” must be written on its official receipts to avail of the incentive.

KEPCO manages the Ilijan gas-fired power plant, which is the largest natural gas facility in the country. It gets its fuel from the Philippines’ only indigenous gas field.

Citing Supreme Court jurisprudence, the CTA said official receipts issued in a name approved and authorized by the Securities and Exchange Commission must be considered non-compliance with regulations of the country’s tax code.

The tax tribunal also denied the commissioner of internal revenue’s (CIR) appeal to overturn the refunded amount, as it said the CTA Second Division correctly determined that the power firm successfully proved its entitlement to the reduced amount.

“The CIR failed to point out the specific invoices and official receipts which should have been disallowed,” the court said.

“Bare allegations which are not supported by any evidence, documentary or otherwise, sufficient to support a claim, fall short to satisfy the degree of proof needed.” — John Victor D. Ordoñez