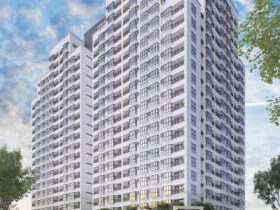 Talks will continue this week between the rail industry and the National Union of Rail, Maritime and Transport Workers (RMT) amid renewed optimism that a deal can be reached without further strikes.

However, the drivers’ union Aslef was set to reject an initial offer from train operators, meaning a full resolution to the long-running pay dispute on the railway is likely to remain some time away.

Network Rail – responsible for track, signalling and other infrastructure in Great Britain – and the Rail Delivery Group (RDG), representing train operators, were set to resume separate negotiations in London with the RMT leadership on Tuesday morning.

Sources close to the dispute said the RMT believed it could reach an agreement without taking further action, after a four-week period of strikes and other industrial action either side of Christmas.

However, the union said it was still awaiting an improved offer in writing from Network Rail and the RDG – something it regards as a prerequisite after a clause inserted at the last minute scuppered a prospective deal with train operators in December.

An 8% offer was rejected outright by the RMT general secretary, Mick Lynch, who accused the government of “torpedoing” the deal by inserting demands around driver-only operation, an issue that had provoked years of strikes on Southern rail and elsewhere before the coronavirus pandemic.

It is understood that commitments around driver-only operation and other controversial “modernisation” proposals will be watered down.

Ministers met rail unions last week and have since said there was a “better deal” on the table. In their last official statement, issued on Thursday, the RMT and the RDG said they were “working jointly towards a revised offer”.

The transport secretary, Mark Harper, said at the weekend that he believed “both the companies and the rail unions are keen to reach an agreement”, adding: “I made sure after I met the trade union leaders that there was a better deal on the table for rail workers.”

Harper said it remained “important that we get generational reform” in Network Rail’s maintenance operation and at operating companies, with a “seven-day railway where you don’t have to run a rail service by depending on the goodwill of people turning up on their days off”.

Network Rail’s chief negotiator, Tim Shoveller, told MPs last week that he was confident a deal could soon be reached. In an electronic referendum in December, RMT members including critical signalling staff rejected a Network Rail offer of a 9% increase over two years, of which 5% was backdated to January 2022, with discounted travel and a guarantee on jobs.

Any eventual settlement with the RMT is likely to pave the way for easier negotiations with Aslef. A meeting of Aslef’s eight-strong national executive committee started on Monday afternoon, with an 8% pay increase from train operators expected to top the agenda.

The Aslef general secretary, Mick Whelan, last week told MPs there was “zero” chance of drivers accepting the offer as it stood, which he said meant worse terms and conditions for a large real-terms pay cut.

The disputes have cost the rail industry an estimated £400m in lost revenue over 21 strike days, with the majority of stoppages by RMT members.