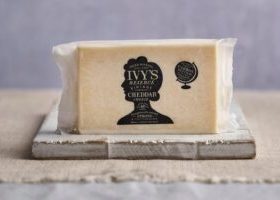 OFFICE OF THE PRESS SECRETARY

During a luncheon hosted by his economic managers in Davos, Switzerland, the president said nations in the region are being pressured to take sides, without naming a country.

But members of the Association of Southeast Asian Nations (ASEAN) and Asia-Pacific Economic Cooperation (APEC) do not want to return to a “Cold War scenario,” which he said puts the Philippines in a precarious position because it is on the frontline.

He was referring to a period of geopolitical tensions between the United States and Soviet Union and their allies — the Western and Eastern blocs — in the 20th century. There was no large-scale fighting between the two superpowers, but they each supported sides in major regional conflicts known as proxy wars.

“We are determined as a group in ASEAN and in the Indo-Pacific, despite all of this conflict… to stay away from that,” Mr. Marcos said, based on a transcript sent by the presidential palace.

“That removes us immediately from that idea that you must choose. We choose our friends, we choose our neighbors. That’s the choice that we will make.”

Mr. Marcos this month said Chinese President Xi Jinping had vowed to “find a compromise” to avoid tensions between Filipino fishermen and Chinese authorities in the disputed waterway.

The Philippine leader said they had discussed during his state visit to China “what we can do to move forward” and avoid any possible mistakes “that could trigger a bigger problem than what we already have.”

Mr. Marcos also said that he and his Chinese counterpart had discussed the resumption of oil and gas talks between the two countries.

Last week, the Supreme Court voided the Philippines’ 2005 energy exploration deal with China and Vietnam for being illegal.

Mr. Marcos took office in June amid tensions in the Indo-Pacific region, with the US leading allies including the Philippines to maintain freedom of navigation in the South China Sea.

China claims more than 80% of the sea, which is believed to contain massive oil and gas deposits and through which billions of dollars in trade passes each year. It has ignored a 2016 ruling by a United Nations-backed arbitration court that voided its claim based on a 1940s map.

The Philippines has been unable to enforce the ruling and has since filed hundreds of protests over what it calls encroachment and harassment by China’s coast guard and its vast fishing fleet.

‘GLOBALIZATION’Mr. Marcos cited the importance of ASEAN centrality, which considers the bloc as the institutional hub of country members in terms of regional cooperation and dispute in the wider Asia-Pacific region.

“That has become a very important concept,” he said.

Meanwhile, Mr. Marcos said the pandemic and war between Russia and Ukraine have forced state leaders to pursue protectionist agenda.

He said the coronavirus pandemic had forced the Philippines to strengthen its own economy so it could withstand shocks. Russia’s invasion of Ukraine was also a factor, he said.

Mr. Marcos, who has vowed to limit imports as much as possible, noted that while there are some disruptions that he described as “a very big bump on the road,” the world will find itself on the path of globalization.

Once the dust settles and countries like the Philippines put in place policies that will help them adjust to the emerging global economy, “globalization will start,” the Philippine leader said. “We will start to return to… globalization. I think it is inevitable.”

Mr. Marcos will speak at the World Economic Forum in Davos on Jan. 18. He is expected to deliver a piece on increased global cooperation.

The forum has been held yearly since 1971 to connect leaders from businesses, politics, academia and society and help them search for better solutions to global problems.