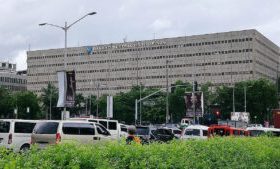 Don’t look now, but the Liberty have just made themselves bona fide contenders for the 2023 Women’s National Basketball Association title. Their acquisition of 2021 Most Valuable Player awardee Jonquel Jones provides them with an extremely solid frontcourt presence on both ends of the court and, at the same time, sets them up for more in the offseason. Needless to say, in their sights is top free agent Breanna Stewart, whose roots close to Gotham and family situation seem to put them in front of the line of suitors for her services.

True, the Liberty received a hefty bill in the process. They bid goodbye to starting center Natasha Howard, longtime rotation regular Rebecca Allen, and its first-round draft pick this year. Then again, it’s a small price to pay for the opportunity to win big. Franchise owner Joe Tsai isn’t just averse to making high-risk-high-reward moves; he’s doing so while moving chess pieces against competition seemingly playing checkers. Even if nothing else were to happen, the arrival of Jones bolsters the competitiveness of the green and black, especially in the face of the marked improvement of 2020 top pick Sabrina Ionescu.

That said, Stewart remains the prime target, and the Liberty’s astute actuations place them in position to meet their objectives. They now have enough salary cap space to ink her to a supermax deal and, at the same time, venture further in the market for another vital cog. To argue that things are looking up would be understating the obvious; in any case, they won’t be satisfied with getting the seventh seed merely to set up a one-and-done appearance, as they did last year. Imagine if she decides to headline their cause this year.

The key, of course, is Stewart’s predilection. Will she opt to follow in the footsteps of living legend Sue Bird and stay with the Storm? Or will she bolt for the lure and allure of New York? Even as the odds point to the latter, only time can truly tell where her sentiments lie. In the meantime, the Liberty can count their bountiful blessings and look forward to a productive season.

Anthony L. Cuaycong has been writing Courtside since BusinessWorld introduced a Sports section in 1994. He is a consultant on strategic planning, operations and human resources management, corporate communications, and business development.