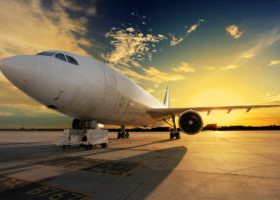 THE board of directors of Century Properties Group, Inc. has approved a plan for the listed property developer to offer fixed-rate retail bonds worth up to P3 billion.

In a disclosure to the stock exchange on Tuesday, the company said that the board approved the offering with a principal amount of P2 billion and an oversubscription option of up to P1 billion.

The bond offer will consist of Series A, B and C due in 2026, 2028 and 2030, respectively. It is the second tranche of Century Properties’ P6-billion shelf-registered debt securities program.

In 2021, the company filed the P3-billion initial tranche of the debt program to refinance maturing debt and bankroll capital expenditures for ongoing projects.

In a special board meeting on Monday, the board also approved a decision to apply for the registration and licensing of the bonds with the Securities and Exchange Commission and the listing with the Philippine Dealing and Exchange Corp.

Century Properties’ board also approved a plan to redeem P3 billion preferred shares of the company by July 10 at P100 apiece, which upon redemption will not be considered retired and may be re-issued.

“The company shall issue a separate ‘Notice of Redemption’ by publication and by mail accordingly,” the firm said.