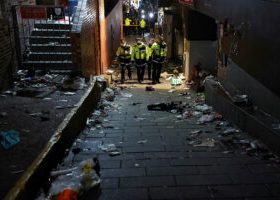 Global chief executives rank the UK as the third most important country for investment, jointly with Germany and behind only the US and China.

Despite recent political turmoil, chief executives are increasingly bullish about the UK, according to PwC’s 26th annual Global CEO Survey. Only 9 per cent selected the UK as a market to grow revenue in 2020, compared with 18 per cent who selected it this year.

Kevin Ellis, the chairman and senior partner of PwC UK, said that strength in areas such as artificial intelligence and biotech, alongside a business-friendly environment, made the UK an increasingly attractive market.

“Chief executives don’t expand and invest on a whim — they’re choosing the UK as that’s where they expect to see returns. To keep the UK attractive, we need renewed focus on skills and regional growth, both of which will help unlock productivity.”

The survey of 4,410 chief executives in 150 countries was published to coincide with the World Economic Forum in Davos.

Despite this, UK chief executives are upbeat about their own companies’ prospects: 48 per cent are “very or extremely confident” about prospects in the next 12 months, compared with 42 per cent of global chief executives.

In the longer term, almost one in four UK chief executives fear their companies will not be economically viable within a decade without significant changes to their business model.

Ellis said: “Businesses have already undergone massive change this decade. But this is the tip of the iceberg — many CEOs believe their current business models are unsustainable and this means more change ahead. This isn’t about tinkering but fundamental changes requiring big investment in people, skills and technology.”

More than a quarter (26 per cent) of UK chief executives said that they were “moderately or extremely exposed to the threat of climate change over the next 12 months”, compared with 39 per cent of chief executives globally.