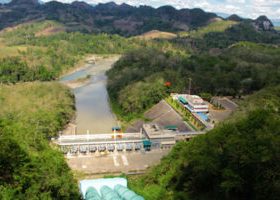 THE WORLD BANK (WB) said the Philippines’ $116-million loan that would fund the construction of Cebu City’s bus rapid transit (Cebu BRT) project is set to expire on June 30.

The “revised closing date is June 30, 2023,” according to a public disclosure document from the World Bank (WB) released last month.

The World Bank had approved the loan package on Sept. 26, 2014, with the original closing date on June 30, 2021. However, the Department of Transportation (DoTr) sought a two-year extension, citing the impact of the coronavirus pandemic on the project implementation.

The $228.5-million Cebu BRT project was to be funded by the $116-million financing package from the World Bank, $25 million from the Clean Technology Fund, and €50.89 million from the Agence Française de Développement (AFD).

The Philippine government would provide $30 million in counterpart financing, according to the World Bank.

Benedicto Guia, Jr., manager of the DoTr National BRT Program Management Office, told BusinessWorld that the department intends to request for another extension for the validity of the loan packages from the World Bank and the AFD.

“Yes, we are working for the restructuring and extension of loans from both World Bank and AFD to December 2025,” he said in a phone message on Monday.

Mr. Guia said the groundbreaking for the project has been pushed back to February from Jan. 18.

“The groundbreaking has been moved to February, but we are still finalizing the exact day,” Mr. Guia said.

China’s Hunan Road and Bridge Construction Group Ltd. bagged the contract for the first phase of the BRT project that is expected to provide Cebu City’s residents with a more efficient, safe, and climate-friendly transport system.

The contract, which is worth P919.658 million, has two major components: the construction of the BRT infrastructure, including trunklines, sidewalk improvements, stations, and other appurtenances, from the Cebu Capitol to the existing South Bus Terminal and an urban realm enhancement, consisting of a link to the port, along Osmeña Boulevard.

According to the DoTr, the BRT project is part of the “basket of solutions” for Metro Cebu’s transport situation. Such solutions include “pedestrian access and urban realm revitalization for the city,” the department said in a statement.

The objective of the project, which is expected to carry 330,000 passengers daily, is “to improve the overall performance of the urban passenger transport system in the project corridor in terms of the quality and level of service, safety, and environmental safety,” it added.