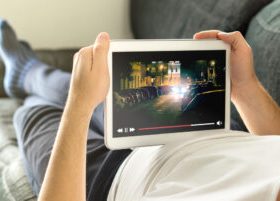 DANIEL Jones accounted for 379 total yards in his first NFL playoff start and the sixth-seeded New York Giants pulled off a 31-24 wild-card upset of the third-seeded Minnesota Vikings on Sunday in Minneapolis.

Mr. Jones threw for 301 yards on 24-of-35 passing with two touchdowns while adding 78 yards on 17 rushes. That made him the first quarterback in playoff history to throw for more than 300 yards and two scores while adding more than 70 yards on the ground.

Saquon Barkley snapped a 24-24 tie on a 2-yard touchdown run with 7:47 left, carrying 325-pound defensive end and former teammate Dalvin Tomlinson into the end zone. Mr. Barkley rushed for 53 yards and a pair of scores while adding another 56 yards receiving.

Minnesota’s last possession ended with 1:44 left when tight end T.J. Hockenson was stopped 5 yards shy of first down by Xavier McKinney on a fourth-and-eight reception.

Kirk Cousins hit 31 of 39 passes for 273 yards and two scores, but it wasn’t enough to move the Vikings into the NFC semifinals.

New York visits top-seeded Philadelphia next weekend. The Eagles won both games in the season series, including last weekend to clinch a bye week.

Minnesota initiated scoring on the game’s first possession, eating more than 6 1/2 minutes of clock on a 75-yard drive that Mr. Cousins ended with a 1-yard sneak. New York countered with Mr. Barkley’s 28-yard touchdown run at the 5:11 mark.

The Giants made it 14-7 with 1:03 remaining in the first quarter when Mr. Jones zipped a 14-yard scoring strike to Isaiah Hodgins. At that point, New York had the ball for nine plays and gained a whopping 156 yards, totaling seven first downs.

The Giants’ next possession lasted 20 plays and 85 yards, chewing up nearly 11 minutes, before Graham Gano converted a 25-yard field goal with 3:25 left. The Vikings rallied within 17-14 at halftime when Mr. Cousins hit K.J. Osborn with a 9-yard touchdown pass 45 seconds before the break.