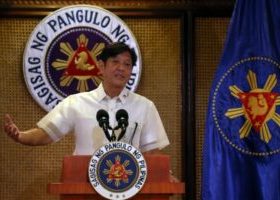 THE SUPREME COURT of the State of New York (NY) on Saturday denied Rizal Commercial Banking Corp.’s (RCBC) motion to dismiss the case filed by the Bangladesh Bank related to the $81-million cyber heist in 2016 over jurisdictional matters.

The ruling only resolved jurisdictional issues on whether the case will be held in New York or in the Philippines as the witnesses and evidence involved in the case are from here, RCBC said in a disclosure to the local bourse on Monday.

“Without ruling on the merits, the Court confirmed its jurisdiction over RCBC and the individual defendants. It also exercised its discretion to find that New York is a convenient forum to try the case,” the bank said.

RCBC said the ruling is “not a decision on the merits of the case and is not in any way a finding of liability on the part of RCBC or any of the individual defendants.”

“The New York Court also directed the parties to mediate the dispute,” it added.

The listed lender said it will “continue to defend the case vigorously and is considering all options, including the possibility of an appeal against the denial of the motion to dismiss.”

“[What] remains unexplained until today, more than six years after this incident in February 2016, is what actually happened within the walls of Bangladesh Bank. It has not released any report of the incident and has repeatedly pointed fingers at other parties instead of revealing what truly occurred within the confines of their offices and people they control,” RCBC added.

Bangladesh Bank’s case was filed before the Supreme Court of the State of New York in May 2020.

This followed the decision of the Federal Court of New York to dismiss a lawsuit filed by Bangladesh Bank on the 2016 incident.

The dismissed case was filed by Bangladesh Bank to seek compensation for the $81 million it allegedly lost to North Korean hackers who sent multiple remittance orders out of the central bank’s account with the Federal Reserve Bank of New York.

These funds were allegedly remitted to accounts in RCBC and were also said to have been channeled into local casinos through gambling.

In 2016, RCBC was slapped with a record P1-billion fine by the Bangko Sentral ng Pilipinas for lapses that led to the incident. It was able to pay the penalty in 2017.

This brought the RCBC’s consolidated net profit for the first nine months of 2022 to P10 billion, surging by 88% from the year prior.