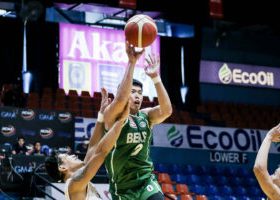 A COMMUNITY in the small town of Danao in Bohol is among many countryside areas in the Philippines where there is water service up to the household level, but supply is limited to just a few hours per day under the best of circumstances.

Resident Gonzala T. Bacotcot, whose own faucet had been broken, goes over to a neighbor to collect 10 buckets of water daily between 5 to 8 a.m. when the supply pipes are open.

But when it rains, such as in recent weeks due to a low pressure area, Ms. Bacotcot said they had to wait for three days until clear and potable water from the river could be distributed.

Improving access to such a most basic need in a sustainable manner is among the overarching objectives of a proposed law that will consolidate the country’s water resource management through the creation of a Department of Water Resources.

The measure will be on the priority table when Congress resumes next week, with grueling discussions expected given the myriad of issues relating to water sourcing, distribution, sanitation, flood management, and irrigation, among others.

Around 32 bills were filed at the House of Representatives to create a department that will provide oversight to all water-related issues. It is currently pending at the committee on government reorganization.

Albay Rep. Jose Ma. Clemente S. Salceda, author of one of the bills, said the proposed measure will create an “umbrella department” that integrates all stages of water resource management.

“There is currently no water regulatory system to speak of. Power and authority is scattered in some cases, (overlapping) in others, and is vague or even non-existent in other areas,” Mr. Salceda said in a Viber message.

Local governments are also involved in their respective water districts, which are effectively set up as cooperatives.

Guillermo Q. Tabios III, professor emeritus of the University of the Philippines Institute of Civil Engineering, said the proposed water department is necessary as it would harmonize land and coastal resources, including the control of water-related hazards.

“The job of the (proposed) Department of Water Resources is to integrate and oversee among the various water sub-sectors to optimally plan, design and operate the natural or physical water resources recognizing the possible conflicting, competing or complementary uses of water,” Mr. Tabios said via email.

Campaign group Water for the People Network (WPN), however, cautioned that deliberations for establishing a water department should have a clear direction as to the future of the sector, particularly the provision of water services in remote areas.

Reginald S. Vallejos, WPN spokesperson, said via Messenger chat, “We wish the issue were as simple as whether decentralized or consolidated water supply management will be more effective.”

“The objective must be clear first. Is it to ensure safe efficient accessible affordable water for the public or to ensure return on investment or profits for the private sector involved in the operations?” he said.

“The actual privatization of water districts can in fact be made a provision in the proposed Department of Water, if this is the wisdom of Congress. However, any attempt at privatization should be reckoned with the actual track record of private water firms entering into joint ventures with water districts,” Mr. Ridon told BusinessWorld via email.

Mr. Ridon noted that with or without such a department, “water tariff rates will always remain subject to market forces if public participation is limited only to consultations and regulatory approvals are typically assured.”

He said that if passed into law, the department must focus on “conserving and developing water resources with a focus on environment protection and social acceptance” by its consumers in their respective areas.

Mr. Ridon also pointed out potential policy conflicts in creating a new department while the administration is “seeking to rightsize government.”

In the meantime, Ms. Bacotcot and her family in Danao will just have to contend with the struggles of limited and unreliable water supply.