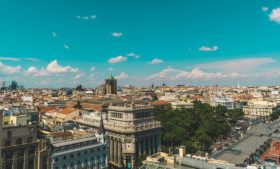 Spain to approve mortgage support for more than 1 million households

THE DEPARTMENT of Migrant Workers (DMW) is planning to repatriate at least 300 Filipino workers currently staying in temporary Philippine government-run shelters in Kuwait, according to a department official.

“We will try to look for a more permanent shelter for our Filipino workers in Kuwait,” he said. “We are looking at the possibility of repatriating more than half of the 400 OFWs in Kuwait, and we will accompany them home.”

Mr. Cacdac, DMW Undersecretary Arnell A. Ignacio, and Social Welfare Attaché Bernard Bonino led a team of officials from the DMW and Overseas Welfare Administration to inspect the government shelters in Kuwait.

“It is important that our distressed OFWs across the globe have very human, dignified, comfortable and safe temporary residences,” she said.

There were an estimated 1.83 million land and sea-based OFWs as of 2021, up 3% from the previous year, according to latest data from the Philippine Statistics Authority released in Dec.