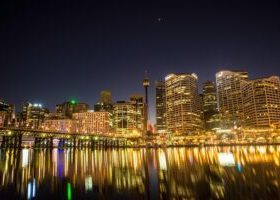 BAY Area may have fallen short from winning it all in the PBA but it’s still a mission accomplished for the Dragons, development and growth-wise, in their first journey abroad.

Playing in an atmosphere they have never been into, the Hong Kong-based Dragons said the historic PBA experience would only make them a better and stronger squad moving forward — especially in the coming East Asia Super League.

“We have a younger group which has never experienced anything like this,” said mentor Brian Goorjian as Bay Area bowed to champion Barangay Ginebra, 114-99, in the winner-take-all Game 7 of the Commissioner’s Cup finals before a record-shattering crowd of 54,589 fans at the Philippine Arena in Bocaue, Bulacan.

Behind a formidable squad of Kobey Lam, Glen Yang, Hayden Blankley, Zhu Songwei and Lui Chuanxing with Andrew Nicholson and Myles Powell as alternating imports, the Dragons introduced itself to the entire basketball-ingrained Philippine archipelago in style.

In return, the passionate Filipino fans welcomed it with open arms and the country is set to gain lessons of its own courtesy of the unwavering fight and world-class play displayed by the first PBA guest team this millennium.

Mr. Goorjian, 69, said it’s the fruit of competitive, quality and diverse international basketball exchange that would only benefit all stakeholders here and abroad — including the visiting Bay Area, the PBA, its teams and even Gilas Pilipinas — for a continuous growth in Asian basketball.

“I keep saying that this was the clincher. The whole reason why I left Australia is I believe in this, that you need international competition,” said the concurrent Australian national team head coach, who’s also a former six-time champion and Coach of the Year in the NBL.

And as the Dragons leave the pit with wounds to lick and heal, Mr. Goorjian and his crew will forever cherish an unforgettable experience from the PBA and the incomparable Pinoy fans.

“I haven’t seen anything or been a part of anything like it. It’s just an incredible experience. It’s something I’ll never forget. I would’ve loved to put on a better game for the crowd, but it is what it is. We’ll lick our wounds and fight back, but the experience is incredible,” he beamed. — John Bryan Ulanday