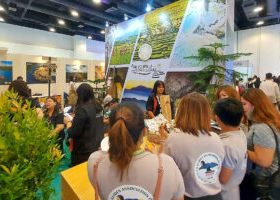 MORE COUNTRIES have expressed interest in building the Mindanao railway project, according to the Department of Transportation (DoTr).

“There are other countries who have expressed interest in the project in general,” Undersecretary for Planning and Project Development Timothy John R. Batan told BusinessWorld in an interview recently.

The first phase, from Tagum to Digos, which is expected to be financed by the Chinese government, is in the “advanced phase,” according to Mr. Batan, with the Philippine government hoping to conclude financial negotiations with Beijing “soon.”

The Department of Finance and China are currently in the “discussion phase” on the loan, Secretary Jaime J. Bautista told One News PH’s The Chiefs recently.

One of the major issues encountered by the previous administration, he said, is the interest rate offered by Beijing.

In a statement on Oct. 14, the DoTr said that US Ambassador to the Philippines MaryKay Loss Carlson had conveyed an offer of assistance to the department for various transport infrastructure projects, including the Mindanao railway.

“Ambassador Carlson discussed with Secretary Bautista the possible technical assistance for the implementation and development of the Mindanao Railway Project,” the department noted.

“The assistance, which will be coursed through the US Trade and Development Agency (USTDA) and the US Agency for International Development (USAID), will encompass the early-stage project preparation and development of a public-private partnership (PPP) structure, to facilitate increased private sector investment and participation,” it added.

The DoTr said the project management consultant will assist in the preparation and management of the overall project implementation program, including land acquisition activities, coordination with government agencies, the review of the project’s detailed design, and supervision of construction, among others.

The first phase covers a 100-kilometer railway that will connect Tagum in Davao del Norte, Davao City, and Digos in Davao del Sur, traversing eight stations. It is expected to accommodate 122,000 passengers per day and cut travel time between Tagum and Digos from three hours to one.