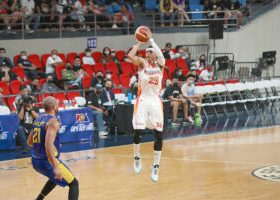 Over the past decade, the Philippines has achieved a level of international best practice in its tobacco control policies. In 2015, when the number of current smokers went down from 17 million (2009) to 15.9 million, the World Health Organization (WHO) commended the country for achieving the largest number of smokers that quit in a short period of time in the Western Pacific.

Despite the great strides we’ve made in preventing Filipinos from smoking, we face a unique new challenge in the form of electronic nicotine and non-nicotine delivery systems (ENDS), otherwise known as e-cigarettes or vapes.

The problem with vaping is its deceptive harmlessness. Although vapes are marketed as a safer alternative to traditionally manufactured cigarettes and a form of harm reduction that will give smokers a chance to quit, they bring about massive collateral damage.

Vape products only have the potential to reduce harm when used by smokers. When used by young non-smokers, the industry’s usual target market, vape products introduce a completely new harm. Attracted by the many vape flavors, young non-smokers are largely unaware of the health risks, and view vaping as a fun activity in a social context. In the Philippines, one in seven teenagers aged 13-15 is using e-cigarettes, according to the 2019 Global Youth Tobacco Survey.

E-cigarettes, despite their branding as a “safer” alternative to cigarettes, do cause harm to users. To quote the WHO, “all forms of tobacco are harmful, and there is no safe level of exposure to tobacco.” The WHO includes various smokeless tobacco products in their definition of tobacco.

Vape liquids and aerosols have nearly 2,000 chemicals, most of which are unidentified — including a pesticide, three industrial chemicals, and two flavorings linked to possible toxic effects*. An outbreak of lung injuries and deaths associated with vaping (EVALI) has taken place in the US, with 2,807 cases as of 2020, and one confirmed case in the Philippines.

Vaping’s smokeless nature also makes it inconspicuous. While one would often have to step out of a building to smoke a cigarette, vapor is almost undetectable and its smell usually does not linger. This means users are more inclined to vape more often, anywhere, at any time. This exposes the user to more harm at more frequent intervals.

To make matters worse, Republic Act 11900 or the Vape Law was passed in July 2022, despite opposition from the medical community, the Department of Health, and the Department of Education. The law loosened vape regulation by lowering the age limit of vaping from 21 to 18 years old, transferring jurisdiction from the Department of Trade and Industry (DTI) to the Food and Drug Administration (FDA), and removing the two-flavor limit. And while pro-vape groups have rejoiced and defended the law by saying it has given smokers more options to quit, the fact is, the new controversial law supplanted an already existing legislation that gave smokers access to these products. All the new law did was expand the vape market by incentivizing young non-smokers to try vaping.

It is thus essential that we strengthen regulation on e-cigarettes. In line with this, Rep. Joey Salceda, the Chair of the House Committee on Ways and Means and a long-time sin tax advocate, has filed House Bill (HB) 5532, raising excise taxes on e-cigarettes and HTPs (heated tobacco products). This bill was discussed in the Ways and Means hearing on Nov. 21.

Currently, vape products are taxed less than traditional cigarettes. HB 5532 raises rates on nicotine salts and heated tobacco products by an average of 14% to narrow the gap between tax rates of traditional manufactured cigarettes and e-cigarettes. This is to prevent non-users from being enticed by vapes.

The bill also introduces taxes on e-cigarette or vape devices. The imposition of a 20% ad valorem and P20 specific tax on vaping devices will act as a market barrier to the consumption of e-cigarettes.

Further the bill intends to effectively repeal the harmful provisions of the deregulatory Vape Law. It brings back the two-flavor limit, sets the age limit of access at 21 years old, and gives regulatory purview back to the FDA.

During the Ways and Means Committee Hearing on HB 5532, the Bureau of Internal Revenue (BIR) and Bureau of Customs (BoC) presented data on the volume of removals and revenue collection of e-cigarettes following RA 11346, the first law passed in 2019 imposing excise taxes on e-cigarettes. The revenue impact of e-cigarettes, according to the implementing agencies, is miniscule – over the past four years, the Bureau of Customs only collected a total revenue of P122 million from e-cigarette taxation. There seems to be inconsistency between the data on revenue collection from the BIR and BoC and consumption surveys, which show that many Filipinos are vaping.

There could be several explanations behind the low revenues, including the fact that excise taxes on e-cigarettes are fairly new and our government agencies need time to solve problems of tax leakage and illicit trade. Another factor to take into account is the fact that vapes are proliferated on unregulated online platforms, indicating a greater opportunity for tax leakage.

However, a few legislators suggested that the committee focus on addressing the tax administration gaps or leakage and shelve the bill, as they presumed that the revenue impact of HB 5532 would be minimal as well. Other legislators argued that the recently passed vape-related laws need more time to be implemented before imposing a new tax.

But while we acknowledge that tax efficiency, tax leakage, and smuggling of e-cigarettes must be addressed, this is a separate issue. Raising revenue is crucial for our post-pandemic recovery, but it is not the primary justification behind HB 5532. The primary objective is to deter non-smokers from starting the addictive and harmful habit of e-cigarette smoking. The recent passage of a deregulatory law also makes it all the more important that tax rates are raised in order to deter the youth from vaping.

In the case of vaping, the precautionary principle applies. Although vape can be used for harm reduction, this is not yet conclusive. It has been established that vape is harmful — the debate is on the extent of its harm. Even as science continues to gather longer-term evidence, the risk still exists. Preventive or precautionary measures, like taxation through HB 5532, must be put in place to address the potential harm.

Through Mr. Salceda’s HB 5532, our legislators have a chance to put an end to the youth vaping crisis before it escalates any further. If, in 10 years, a Filipino child suffers from serious lung injury due to a vaping addiction, the blame will be on our legislators who sided with the tobacco industry by allowing a deregulatory, anti-health law to pass and actively blocking a pro-health, pro-poor bill.