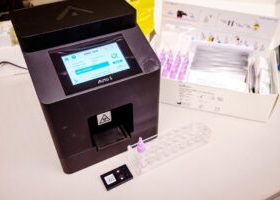 Household loans are the best thing invented since the proverbial sliced bread.

It has enabled families to purchase homes and fixed asset investments. It has also enabled individuals to buy cars, appliances, go on vacation, stay in hotels, shop and dine in a consume-now-pay later manner.

Economies benefit tremendously from household loans too. It creates demand for goods and services, helps ease mobility through the sale of cars, and helps bridge the housing gap through the easy acquisitions of homes.

While household loans can drive an economy forward, it can also cause financial catastrophe on both a macro and micro level if abused. Still fresh in our memories was how cheap credit and lax lending standards fueled a housing bubble in 2007. When the bubble burst, the banks were left holding trillions of dollars of worthless investments in subprime mortgages. A protracted recession followed that resulted in billions in losses for countries and corporations. Millions of jobs were lost, and the wealth of many households dissipated.

Thailand, despite its thriving tourism and auto manufacturing sectors, is treading a slippery slope with its high level of household loans. The Central Bank of Thailand recently announced that as of last June, the ratio of household loans to GDP was a staggering 89.2%. This is a 16-year high and also the highest in the world. Nominally, Thailand’s household loans amount to $388 billion.

In the Philippines and Indonesia, the household loans to GDP ratio stands at only 10% and 13%, respectively. But we are an unfair point of reference. This is because Thailand has a more efficient and mature banking system which allows its citizens to borrow easily and safely.

The banking systems in the Philippines and Indonesia are arguably still a decade behind that of Thailand. More than 50% of the populations of the Philippines and Indonesia are unbanked compared to only 15% in Thailand. The unbanked rely on community funds in corporations or barangays (paluwagan) and loan sharks for their emergency cash needs. The Thais can easily borrow from mainstream sources, all of which are reported to its Central Bank.

Singapore’s banking system is the most advanced in the region and its household loan ratio is 64.9%. However, Singapore’s situation does not raise red flags for reasons that will be revealed later in this piece.

A recent survey conducted in Thailand revealed that more than half of its 70 million population are in debt. Among those who owe, 65.9% admitted to have missed a repayment at least once over the last 12 months. They cite reduced incomes, a sluggish economy, and the rising cost of living as among the reasons for the default.

But as is well know, there is good debt and bad debt.

Good household debt consists of that accrued as a result of an investment that appreciates over time. This includes homes, land, as well as valuable antiquities and art. Debt accrued to pay for education is also considered good debt. Bad household debt, however, is that which accrues out of consumption and/or those that depreciate over time. These include cars, consumer electronics, travel, clothes, food and the like.

Thailand’s ratio of good household debt is only 34%. In contrast, Singapore’s is 74%, mostly due to home loans. This is why no one is worried about Singapore.

The scale of Thailand’s bad quality debts has raised red flags both domestically and among international credit watchers.

To mitigate the situation, Thailand has since raised consumer loan interest rates to make borrowing costs more prohibitive. In parallel, they have begun to impose stricter regulations and stiffer requirements for those applying for new loans.

A campaign to educate the Thai people on debt stewardship has been launched to increase financial literacy.

The Thai government hopes that these remedial measures will keep its household loans at bay while the economy expands. Household debt ratios will decline as the economy grows in size.

But until debt levels drop, Thailand will remain in a precarious position. A shock in household incomes, like a global recession or political instability, can easily cause an avalanche of loan defaults. This will trigger a banking crisis that could hurt the Thai economy.

The Philippines is deeply connected to Thailand as it is the rest of ASEAN. A wounded Thai economy will have adverse ramifications for the Philippines. For the sake of the Thais and the rest of the region, let us hope that Thai financial mangers succeed in managing their household debt situation.