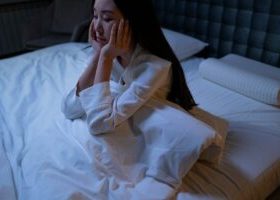 Save the bed for sleep and sex to avoid insomnia

Hundreds of Twitter employees were said to have left the business rather than sign up to Elon Musk’s new “hardcore” working culture last night.

Reports of an exodus raised fears that the social network would suffer outages. Users said goodbye in large numbers, leading #RIPTwitter to trend on the platform. “The best people are staying, so I’m not super worried,” tweeted Musk, who completed his $44 billion takeover of Twitter last month. He thanked a user who offered to help to keep the website online.

Having already halved the group’s workforce of about 7,500 staff, Musk issued an ultimatum this week to those who remained: formally signal that they were willing to meet demands for “exceptional performance” by 10pm UK time last night, or leave. Many picked the latter.

Business briefing: In-depth analysis and comment on the latest financial and economic news from our award-winning Business teams. One-click sign-up
Late last night Twitter informed staff that it was temporarily shutting all buildings until Monday. It previously did so during the initial round of lay-offs.

In an email on Wednesday entitled A Fork in the Road, Musk had warned that employees who stayed at the company would be required to meet his conditions. Departing staff were offered three months of severance pay.

“Going forward, to build a breakthrough Twitter 2.0 and succeed in an increasingly competitive world, we will need to be extremely hardcore,” he wrote. “This will mean working long hours at high intensity. Only exceptional performance will constitute a passing grade.”

As yesterday’s deadline approached, the world’s richest man appeared to soften his tone, saying that those with managers willing to ensure that they are “making an excellent contribution” would be able to work from home.

Musk, 51, has sought to move fast to reduce spending at Twitter, overhaul its platform and reassure advertisers but his early initiatives, such as enabling users to pay for “blue tick” status, signalling that their account is verified, have struggled.

He has also faced criticism over his conduct since completing the takeover: he did not address Twitter’s workforce before starting lay-offs and some employees who publicly disagreed with or criticised Musk have been dismissed.