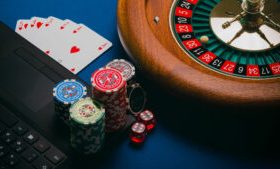 The Philippine central bank cannot stay put if the US Federal Reserve continues to raise interest rates, its governor said on Friday, citing the need to limit the peso’s weakness.

The Fed is expected to deliver a smaller 50-basis-point hike in December after four consecutive 75-bp increases, but economists polled by Reuters say a longer period of US policy tightening and a higher policy rate peak are the greatest risks to the current outlook.

“If the Fed does 50, we cannot have zero right? So the question is whether it’s 25 or 50,” Bangko Sentral ng Pilipinas (BSP) Governor Felipe M. Medalla told Reuters in an interview.

To combat inflation, the BSP, has raised rates six times this year, including Thursday’s 75-basis-point rate increase, largely driven by the need to match the Fed’s three-quarter point hike this month.

Mr. Medalla reiterated that the rate differentials between the United States and the Philippines should not be allowed to narrow sharply, lest the weakness in the peso would persist and push up already elevated prices of imported food and fuel. — Reuters