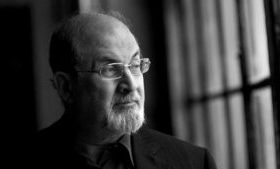 S&P GLOBAL RATINGS affirmed on Thursday the Philippines’ investment grade rating, amid the economy’s continued recovery from the pandemic.

“The Philippines’ economy is rebounding healthily, spurred by strong domestic demand as the country lifts mobility restrictions and fully reopens… We affirm our ‘BBB+’ long-term and ‘A-2’ short-term sovereign credit ratings on the Philippines,” it said in a statement.

The credit rater said it kept a “stable” outlook, reflecting expectations of economic recovery and a significant decline in the fiscal deficit in the next two years.

The “BBB+” sovereign rating is a notch away from the “A”-level grade targeted by the government, while a “stable” outlook means the rating is likely to be maintained in the next six months to two years.

S&P last affirmed its credit rating for the country in May 2021 with the same “stable” outlook.

However, the debt watcher expects GDP expanding by 6.3% this year, a tad below the government’s 6.5-7.5% GDP growth target.

For next year, S&P expects growth at 5.7% amid a global economic slowdown, particularly in the US and China. This is below the government’s 6.5-8% goal.

“Nonetheless, economic growth should be well above the average for peers at a similar level of development, on a 10-year weighted average per capita basis. The country has a diversified economy with a strong record of high and stable growth. This reflects supportive policy dynamics and an improving investment climate,” it said.

S&P said the economic recovery would help improve the Philippines’ fiscal position, which has deteriorated during the pandemic.

“However, the fiscal position will likely take longer than our forecast period to recover to pre-pandemic levels,” it said.

However, the government’s efforts to provide support measures countering elevated inflation may hamper an improvement in fiscal outcome, S&P said.

“The fiscal shortfall should continue to narrow over the coming years while the economy regains its footing and the government scales back stimulus measures,” it added.

The Philippines may face difficulty in restoring the fiscal and debt settings to pre-pandemic levels in the next 12 months to two years due to rising inflation, tightening monetary policies and supply chain disruptions, S&P said.

The Philippines’ debt-to-GDP ratio stood at a 17-year high of 63.7% as of the third quarter, well above the internationally recommended threshold of 60%.

Inflation climbed by 7.7% year on year in October, the fastest in nearly 14 years and exceeded the central bank’s 2-4% target for a seventh straight month. It averaged 5.4% in the 10-month period.

To tame inflation, the Bangko Sentral ng Pilipinas (BSP) has raised borrowing costs by 300 basis points (bps) this year, including its 75-bp rate hike on Thursday. This brought the benchmark policy rate to 5%.

Meanwhile, S&P said it might upgrade the Philippines’ credit rating if the economy recovers faster than expected and the government achieves “more rapid fiscal consolidation.”

“We may also raise the ratings if institutional settings, which contributed to a significant enhancement in the Philippines’ pre-pandemic credit metrics over the past decade, further improve,” it said.

However, S&P cautioned that a downgrade is possible if the Philippines’ recovery falters, which could lead to a “significant erosion” of the long-term growth trend.

In the first semester, the current account balance hit a $12-billion deficit, widening from the $1.3-billion gap a year earlier.

“We believe deficits will persist over the forecast years as capital imports rebound alongside the economic recovery and higher commodity prices prevail,” the debt watcher said.

“Nevertheless, current account deficits should moderate in the outer years. This is because competitive unit labor costs relative to peers such as Thailand and Indonesia, combined with a large, young, educated and flexible labor force should further strengthen the Philippines’ service exports,” it added. — Keisha B. Ta-asan