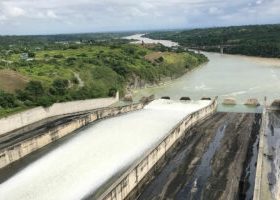 More than a few eyebrows were raised at the weekend when it was reported a staggering 433 people won the jackpot of a government-backed lottery in the Philippines—sharing in P236 million pesos.

Perhaps unsurprisingly, this has led to calls for an enquiry into how this seemingly “near-impossible” outcome could have arisen.

However, a basic understanding of probability and human psychology helps explain why this outcome isn’t as implausible as you might think.

HOW THE LOTTERY WORKS

Each person to purchase a lottery ticket picks six numbers between 1 and 55. The winning jackpot sequence is drawn at random. A ticket wins the jackpot if the six numbers on it are the same as the six numbers drawn.

Each ticket therefore has:

Together, this means any given ticket has a 1 in 28,989,675 chance of winning the jackpot. So how is it possible for 433 tickets to have done this?

WHAT ARE THE CHANCES

Without knowing how many tickets were actually sold, we can’t know the exact probability of getting 433 winning tickets.

One widely circulated estimate this week assumed there were around 10 million ticket sales, and claimed the chances were as little as “one out of one followed by 1,224 zeros”—a truly absurd number. This is smaller than the chances of flipping a typical coin 2,800 times in a row and seeing tails every time.

However, this estimate ignores substantial empirical evidence about human behavior and psychology. It naively assumes each person purchasing a ticket has an equal chance of selecting each of the 28,989,675 possible number combinations.

Across the world, it has been clearly observed that some combinations are vastly more popular than others.

This is why some experts often advocate using a random number generator when cashing a ticket. While it won’t increase your chance of matching the winning values, it may reduce your chance of having to share any winnings with multiple other gamblers if you do.

A closer look at the winning numbers—9, 18, 27, 36, 45 and 54—may give some clue as to a possible explanation. Those of you who paid attention when learning your nine times table will recognize a clear pattern in the apparently randomly drawn numbers.

It’s likely this pattern is what has appealed to people, and why more people will have chosen this particular sequence of numbers. Rather than providing a smoking gun to suggest impropriety, this pattern may indeed explain the high number of winning tickets.

A similarly unusual spike of winners was observed in the United Kingdom in 2018, when five of the six numbers were multiples of seven. In 2020, a streak of consecutive numbers (5, 6, 7, 8, 9, 10) produced multiple jackpot winners in South Africa.

Yet many people would (wrongly) perceive the latter sequence to be more likely to occur at random.

In general, humans have been shown to be surprisingly poor judges of what a string of truly random numbers would look like. In fact, they have even been outsmarted at simple probabilistic pattern-matching by the humble pigeon.

In one study, participants were more than twice as likely to select an odd number than an even number when asked to think of a random number, suggesting that some numbers may “feel” more random than others, despite the obvious absurdity of this.

COULD FOUL PLAY BE INVOLVED

The fact that 433 winning tickets were sold is far from convincing evidence of any wrongdoing. It would be interesting to know how many people bought this same pattern of numbers in previous weeks, or which other combinations also attract several hundred ticket sales.

Based on anecdotal evidence from other lotteries, this number may not at all be unusual.

We also need to consider the many thousands of similar lotteries drawn around the world each year, almost all of which receive no international press. While such outcomes are highly improbable for any given draw, the huge number of total lotteries means it’s actually quite likely at least one of them will produce a remarkable outcome by chance alone.

There are often accusations when remarkable lottery results are announced, perhaps most infamously when FC Barcelona legend Xavi was announced the winner of a private lottery shortly after moving to Qatar.

But overall it is highly plausible the only real statistical anomaly at play here is how so many people’s perception of randomness drew them to the same number pattern. That said, I won’t be rushing to buy a lottery ticket any time soon.

Stephen Woodcock is an associate professor of mathematical sciences at the University of Technology Sydney in Australia.

This article is republished from The Conversation under a Creative Commons license. Read the original article.