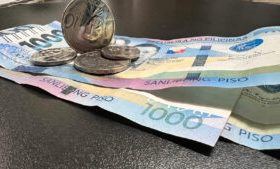 Peso to move sideways ahead of data releases

I ran is among the most difficult places to live in for women. Whether it be in the manner by which women dress, their educational pursuits, their career paths, or their life choices, all aspects of women’s lives are dictated by the state.

Last month, a 22-year-old girl named Masha Amini was arrested by the Iranian morality police. Her crime? Not wearing her head scarf (hijab) properly and showing too much hair. Eyewitnesses claim that the young girl was accosted and brought inside a police van where she was beaten without mercy. The trauma to her body was so severe that she fell into a coma. She was brought to the hospital where she died on Sept. 16.

Amini’s death was the tipping point to decades of oppression of women. It triggered nationwide protests that spread to 80 towns and cities. Women are crying-out against cruelty, subjugation, discrimination, and maltreatment. The menfolk have supported the protests too, saying that such violence by the state is not reflective of Islam values. To this, effigies of Iranian Supreme Leader Ali Khamenei and Iranian President Sayyid Ebrahim Raisolsadati (commonly known as Ebrahim Raisi) were set on fire along with women’s hijabs to demonstrate against Islamic extremism. The protests have resulted in violent clashes between civilians and security forces. As of this writing, some 50 people have been killed in the clashes.

Women who are unable to join the street rallies have taken their protests online. A trend has emerged where women appear without hijabs and cut their own hair on live stream for all netizens to view. The cutting of hair is a demonstration of solidarity with Amini. It is meant to say that woman are shedding their symbol of beauty to stand up for their rights. They are demanding more freedom, more respect, and better treatment.

The Iranian government has embarked on a cover up since the protests began. Initially, they claimed that the morality police never assaulted Amini and that she suffered heart failure while in custody. Days later, the police statement was censored and removed from all social media platforms.

Civilian protests are organized through social media apps like WhatsApp. So, to quell the rallies the Iranian government cut off internet service in many parts of the country. Elon Musk stepped in and made his Starlink satellite-based internet service available to Iranian netizens.

President Raisi has taken notice and ordered an investigation into Amini’s death. But the people are not convinced that it will be a fair investigation nor will reforms for better treatment of women be enacted. Raisi himself advocates even more stringent restrictions on what women can wear and what freedoms they can enjoy.

Raisi has always been a vocal critic of women’s campaigns against the laws on hijabs. He calls it a corruption of Islam tenets. He also said that protesters should be dealt with decisively.

As an observer in the other side of the continent, we condole with family and friends of Mahsa Amini and condole with the women of Iran who continue to suffer from the heavy hand of their own government.

Although we are fully aware that we cannot interfere in the internal affairs of this sovereign nation, we must point out that Iran is a member of the United Nations and a signatory to the Universal Declaration of Human Rights (UDHR). It has ratified five core human right instruments. Even if the Organization of the Islamic Conference, of which Iran is a member, ratified an alternative Islam version of the human rights accord called the Cairo Declaration of Human Rights in Islam in 1990, Iran remains treaty treaty-bound to respect life and due process.

That said, we hope for a fair and objective investigation into Amini’s death and hope that a reasonable compromise will be reached towards the severe treatment of women.

Amid the increasingly violent protests at home, President Raisi was preoccupied with his forthcoming address to the United Nations General Assembly. His address took place on Sept. 21 and on that occasion, the Iranian chief executive appealed to lift economic sanctions on Iran.

It will be recalled that the United States imposed restrictions on economic activities with Iran under various legal authorities since 1979 following the seizure of the US Embassy in Tehran. Through the years, numerous sanctions were relaxed, re-imposed and/or intensified. This was due to a variety of reasons including Iran’s actions against foreign vessels in the Persian Gulf, its support of terrorism, its uranium enrichment program, and, lately, its failure to reach a nuclear deal. Iran was the most sanctioned country in the world until it was surpassed by Russia recently.

A nuclear deal was close to being signed two times this year but Iran backed out. President Raisi made two demands if he was to sign the deal. First, he wanted to make sure that the US will not pull out of the deal like US  President Donald Trump did in 2018. Raisi wants legal promises and guarantees that should the US back out again, Iran will be compensated. Second, that the United Nations atomic watchdog — the International Atomic Energy Agency (IAEA) — drop all new investigations into Iran. Raisi says all new investigavtions must be canceled and only those approved in the 2015 accord be pursued.

But there are two problems with Raisi’s demands. On the issue of guarantees, this is not a treaty so President Joe Biden cannot make guarantees since he has no control over how future presidents will act. If the next president is a Republican, the chances of the US pulling out of a nuclear deal with Iran is almost certain. On the issue of investigations, the IAEA does not report to the United States so the US cannot speak for them.

With the current state of affairs, the demands of President Raisi are impossible to meet. Thus, it seems the nuclear deal will reach a stalemate again and the economic sanctions on Iran will continue.