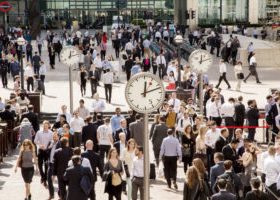 By Patricia B. Mirasol, Reporter

FILIPINO males who get no-scalpel vasectomies (NSV) are getting younger — but uptake of this permanent method of family planning (FP) remains low, according to the Commission on Population and Development (POPCOM).

“It’s one of the least methods being availed of. I don’t know if it reaches 1%,” said Jackylin D. Robel, acting regional director of POPCOM-National Capital Region, who estimated that males electing to undergo the procedure are in their 20s and 30s.

NSV, as opposed to a traditional vasectomy that requires the use of a scalpel, involves a small puncture in the scrotum to cut and seal the tubes that carry sperm. It takes about 30 minutes in an outpatient setting.

The procedure, among the strategies devised by the National Program on Population and Family Planning to increase male involvement in family planning, is recommended for couples who are satisfied with the number of children they have, Ms. Robel told BusinessWorld in a Sept. 26 Zoom call.

The Responsible Parenthood and Reproductive Health Act of 2012 (Republic Act No. 10354) requires family planning services such as ligation, vasectomy, and intrauterine device placement to be available in all government hospitals.

“Men think it may diminish their virility … They have this misconception that something is being cut,” she said. “NSV is not like that. It’s only the vas deferens [the ducts that move sperm away from its storage place in the testicle] that’s being tied.”

Ms. Robel notes that of the 52% of Filipinos who take to contraception, 14% use traditional methods. Figures from the NDHS reflect that use of traditional methods, like the withdrawal method, have decreased to 14% in 2017 from 17% in 2013.

“We want to improve the use of modern family planning methods among Filipinos,” she said.

The modern artificial FP methods are subdivided into short-acting (such as pills and condoms), long-acting (such as intrauterine devices and subdermal implants), and permanent (such as no-scalpel vasectomy or NSV and bilateral tubal ligation). Modern natural FP methods, meanwhile, include lactational amenorrhea and basal body temperature charting.

The Health department’s Field Health Service Information System reported 7.5 million users of modern FP methods by the end of 2021. This marks a 2% increase from 2020’s report of 7.4 million FP users.

Ms. Robel said the pills are the most popular FP method, given their ease of use and convenience. More than half of Filipinos, women in particular, avail of free contraception in barangay health centers, she told BusinessWorld.

“Responsible parenthood is a shared responsibility of both men and women. Men play a very important role in family planning,” Ms. Robel said.