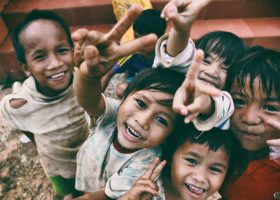 “The SRO was fully subscribed by [the company’s] public shareholders in its first round and second round,” SPNEC said in a statement.

The company’s SRO consists of the issuance of 1.88 billion shares priced at P1.50 per share, for a total offer size of P2.81 billion.

According to the company, the completion of the SRO means that it “will have P2.81 billion of proceeds to help complete the total P10 billion that the company plans to invest to complete the development of its 10 gigawatts (GW) of projects.”

These include 400-megawatt operating or under construction projects.

It also has 1.8 GW of projects contracted under the Department of Energy’s Green Energy Auction.

“With its Nueva Ecija solar project, these would potentially bring SPNEC’s contracted capacity to 8 GW scheduled to commence operations mostly between 2025 to 2026, which it estimates would be 2/3 of the total contracted renewable energy capacity of the Philippines,” the company said.