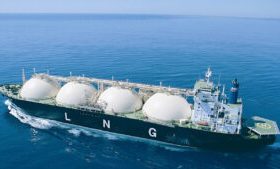 WHILE Canadian pop singer Justin Bieber announced Tuesday that he will be taking a break from his Justice World Tour for a second time due to health reasons, the promoter for the concert’s Philippine leg says that as far as they know, the show here will go on.

On Wednesday, Ovation Productions said in a Facebook post that “We are aware that Justin Bieber has decided to take a break from touring… Our understanding is the Asian leg of the tour is set to continue as scheduled.”

“[W]e wish Justin a speedy recovery and respect his decision to put his health first. We can’t wait to see him back on the road,” said Ovation in their post.

No further details were disclosed.

The Philippine concert is scheduled for Oct. 29, 8 p.m., at the CCP Open Grounds in Pasay City.

Already postponed earlier this year due to Mr. Bieber and members of his team testing positive for COVID-19, the world tour finally launched in March.

He had 70 shows set to run until March 2023 in South America, Asia, Australia, New Zealand and Europe.

In June, the 28-year-old Canadian singer disclosed that he was diagnosed with Ramsay Hunt Syndrome, which left half of his face paralyzed, forcing him to cancel performances in order to recover. He posted a video on Instagram explaining to viewers that he could not smile on one side of his face, but assured fans that he just needed time to recover.

He went on to resume the tour, but after performing in Rock in Rio in Brazil over the weekend, the 28-year-old singer wrote on an Instagram post on Sept. 7 that he would be taking a break.

“After getting off stage, the exhaustion overtook me and I realized that I need to make my health the priority right now. So I’m going to take a break from touring for the time being. I’m going to be okay, but I need time to rest and get better,” he said. “I’ve been so proud to bring this show and our message of Justice to the world.”

He thanked fans for support and prayers and closed the announcement writing, “I love you all passionately!”

Mr. Bieber did not say when he might return to the stage, and his publicists did not immediately respond to a Reuters request for comment. — MAPS with a report from Reuters