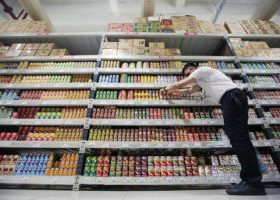 THE PHILIPPINES’ unemployment rate in July dropped to its lowest since the onset of the coronavirus disease 2019 (COVID-19) pandemic.

Preliminary data from Philippine Statistics Authority (PSA) showed the unemployment rate — or the share of the unemployed Filipinos to the total labor force — fell to 5.2% in July, improving from 6% in June and 7.2% in July last year.

This was the lowest unemployment rate since the PSA started reporting the Labor Force Survey on a monthly basis in 2021.

Including the quarterly surveys, July’s unemployment rate was the lowest since 4.5% in October 2019.

“We expect more jobs and income opportunities available for Filipinos in the coming months as we move toward the full reopening of the economy,” Socioeconomic Planning Secretary Arsenio M. Balisacan said in a statement.

Mr. Balisacan said this will help blunt the impact of inflationary pressures on the purchasing power of consumers.

“I really think it’s the reopening of the economy that has helped the unemployment rate to grow smaller than the previous month. According to the PSA, we still have about 600,000 plus jobs more to go to be back to pre-pandemic level,” UnionBank of the Philippines, Inc. Chief Economist Ruben Carlo O. Asuncion said in an e-mail.

Among regions, the unemployment rate was highest in the National Capital Region in July at 6.9%, while Cagayan Valley had the lowest at 2.8%.

This was the highest underemployment rate in two months, or since May’s 14.5%.

In absolute terms, the ranks of Filipinos already working but still looking for more work or longer working hours to the total employed population increased by 655,000 month on month to 6.543 million in July. However, this was lower by 2.226 million from 8.769 million underemployed Filipinos recorded in July last year.

New entrants to the labor force reached 1.289 million in July, larger than the 980,619 recorded in June.

The employment rate reached 94.8% in July from 94.0% in June. This translated to 47.391 million employed Filipinos that month from 46.592 million previously.

The services sector remained the biggest source of jobs in July after recording an employment rate of 58.8%, up from 56.5% in June.

‘WORRISOME’Sentro ng mga Nagkakaisa at Progresibong Manggagawa Secretary-General Josua T. Mata said the quality of jobs being generated in the country is “worrisome.”

“What we are seeing are more part-time jobs than full-time jobs […] At the same time, the decline of jobs in critical sectors such as education and health is also of grave concern. After all, we are in the midst of an education crisis even as we have yet to fully end the coronavirus disease 2019 (COVID-19) pandemic,” Mr. Mata said in a Viber message.

“The continuing loss of jobs in manufacturing means that we are missing out on high value-added jobs. Clearly, our industrial development is still badly affected by global supply chain problems. Coupled with high inflation rates, these trends do not augur well for workers,” he added.

“Comparing April and July 2022, we can see that for the past few months the manufacture of bakery products has been decreasing in employment. And a possible reason is because of input cost,” Mr. Mapa said.

In the seven months to July, the unemployment rate averaged 5.9%, lower than 8% in the same period last year.

The underemployment rate also improved, averaging 14.2% in the seven months to July, from 16.4% a year ago.

The employment rate in the January to July period stood at 94.1%, from 92% last year, while the LFPR slightly increased to 63.9% during the same period from 63%.

On average, an employed Filipino worked 40.5 hours a week in July, slightly increasing from the 40.3 hours logged the previous month, but lower than the 41.7 hours in July last year.

INFLATION IMPACTAnalysts noted that the uptick in the underemployment rate signaled workers are looking for better or more work as they try to cope with rising prices.

“It’s harder for people to move around due to higher gas prices so people would probably prefer to work from home, which is mostly an option with part-time jobs,” Ateneo de Manila University Center for Economic Research and Development Associate Director Ser Percival K. Peña-Reyes said in a Viber call.

“And now we’re seeing inflation spiking up. And reporting to work means mobility expenses,” he added.

Headline inflation rate for July grew to a 45-month high of 6.4% annually as prices for food and transport skyrocketed. It was faster than 6.1% in June and the 3.7% last year.

The transport index, which contributes nearly a tenth to the total consumer basket, grew to 18.1% in July from 17.1% in June due to higher public utility fares.

“Globally, many economies are going into freefall or recession. And our export markets, for example, many orders are being canceled. Further, the international export market is softening. And that softening will have major impact on the Philippines. They need to act with a sense of urgency and dispatch. Our economic managers are also saying that our economy has not been impacted dramatically by the dollar, but I don’t think so. Therefore, we push for more quality jobs creation,” Mr. Corral said in a Viber call.

On Thursday, the peso fell to fresh record low against the US dollar for the fifth straight day. The local unit shed 4.5 centavos to finish at P57.18 to a dollar, data from the Bankers Association of the Philippines showed.

Mr. Peña-Reyes said the peso depreciation, food shortages, and the impact of the US Federal Reserve’s aggressive policy tightening as key factors that may affect the labor market in the coming months.

“Domestically, we face rising inflation and monetary policy rates, and the National Government must be able to respond well to economic challenges and set up the economy for a more robust economic recovery from the pandemic,” Mr. Asuncion said. — Ana Olivia A. Tirona 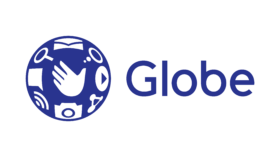