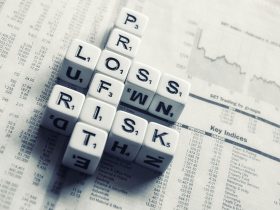 After putting together the budget, the next agenda of the government is to check how it is going to be funded. At face value, the Philippines’ budget of P5.268 trillion for 2023 is no small amount. However, considering the size of the country’s requirements to finance economic recovery, sustainable business activities, reversing the economic scarring both in the labor market and education, and even the defense of its territories, it could just be literally a drop in the bucket. Misplaced allocation actually exacerbates the budget limitation.

Referring to the International Monetary Fund’s (IMF) guidelines for public expenditure management of more than 20 years ago should be useful in assessing the various aspects of the budget, including its financing. Its recommendations on how to assess the soundness of the budget continue to hold water.

First, the Fund calls for comprehensive coverage of the budget which means all the necessary measures to achieve the vision for the year are funded. Prioritization is critical here. There are limits to raising revenues and to how much we could borrow. It should be obvious that good budget realignment is one immediate way out of a possible impasse if the government wishes to keep the budget according to its priorities.

Second, the Fund puts weight on the transparency of how the budget items were lined up for funding. Would it be easy for Congress to establish the linkage between budget goals and the proposed funding?

Finally, the Fund advises member countries to ensure the budget was framed based on a realistic macroeconomic framework. It is important to ensure that revenue projections were reasonable, financing options were realistic and future cost implications were considered.

Based on our 25-year involvement in the Development Budget Coordination Committee (DBCC), the country’s budget process is broadly compliant with these guidelines. Public projects and programs have been covered in the yearly exercise after each budget call by the Department of Budget and Management (DBM). Since the budget is not unlimited, so much laced with constraints, priorities have to be invoked both at the executive level and when congressional hearings are held. For instance, in the last two years, the pandemic response of the government was prioritized in the resource allocation. Huge debt was incurred to finance the purchase of vaccines and other collateral requirements. The economy was in recession to yield adequate revenues.

One weakness of the Philippine budget process is the lack of transparency in how some of the line items were established. There were instances in the past when Congress inserted certain items after public hearings. It was also a challenge in the past to decompose those lump-sum unprogrammed expenditure for the reason that their trigger was a future disaster. Yet, this was on top of the calamity fund allocation for various implementing agencies.

For this season, no less than Deputy Speaker Sid Ungab called out the DBM to explain its proposed unprogrammed appropriation amounting to some P588 billion, or more than 11% of the P5.268-trillion budget. Against the total proposed expenditures in the programmed portion, the unprogrammed portion is actually 16%. Ungab cited that in the past, this ratio averaged only 2-5%.

Another deputy speaker, Ralph Recto, challenged the DBM to itemize the unprogrammed funds. He questioned the specific items “support to foreign-assisted projects” allocated with a whopping P380.6 billion, and the P149.7 billion for “support for infrastructure projects and social programs.” Both could be interpreted to be intended for more infrastructure. But we recall from the DBM presentation before Congress last month that “Build Better More” has already been allocated a total of P1.196 trillion.

Against the IMF guidelines, priority and transparency issues therefore compromise the integrity of the 2023 national budget. Because the unprogrammed allocation forms part of the total expenditure program, and it is not supported by expected revenues, the ceiling goes up beyond the budget of P5.268 billion by its amount, or a higher ceiling of P5.856 trillion. While the unprogrammed funds can only be released if several funding triggers are satisfied, the authority to spend it comes with the passage of the national budget.

Hence, even if the revenues are not available, nothing prevents the government from borrowing beyond the programmed levels.

To be sure, priority and transparency issues could be very well addressed by due diligence on the part of the elected members of Congress. But this is not evident. For instance, while we understand Congress’ “parliamentary courtesy to a co-equal branch of government,” we wonder whether this should extend to budget consideration. No member of Congress asked a single question when the P9-billion budget for the Office of the President was taken up. It took only seven minutes to pass it despite the significant amount allocated to confidential and intelligence funds, the composition of which nobody ever bothered to check. Given the kind of budget politics we are seeing today, we would say the budget for the Office of the Vice-President would not take much longer to pass.

As the editorial of the Philippine Daily Inquirer the other day wisely observed “…many of these congressmen exercise greater diligence in examining their utility bills or their restaurant chits before handling their credit cards over for swiping.”

Which brings us to the third standard of good budget process and this is its appropriate macroeconomic framework. It was good for the economic managers to have pointed out to Congress that previous policy reforms are critical in maintaining fiscal sustainability. They were also correct in framing the agenda for the next six years and that is to achieve a robust economy, and an inclusive and resilient society.

In terms of fiscal sustainability, it was correct for the government to have rolled out its medium-term fiscal program. In effect, that provides the medium-term perspective, anchoring market confidence that the government pursues a plan of longer horizon. This means revenues and expenditures would be growing together as a percent of GDP, infra spending against GDP would also be rising, but total government debt relative to output is envisioned to decline through 2028. Translation: there is a basis for longer-term stability.

Assuming that the DBCC continues to pitch revenue forecasts to the lower end of the growth target, the fiscal program is quite safe. Of course, the presumption here is that the growth targets were based on realistic assumptions about our ability to mitigate the pandemic and its economic scarring effects, the uncertainty in the external sector including the Ukraine-Russia conflict, the impact of inflation on growth, and, quite recently, the shortages of basic commodities.

If our growth assumptions falter, depending on the current elasticity of revenues to growth, we might be looking at lower revenues, a higher deficit, and higher financing requirements. In addition, if the unprogrammed allocation is kept for 2023 — and this is very likely — and carried over through 2028 amid growth uncertainty, both deficit and debt are bound to bloat. We can all kiss fiscal sustainability and market confidence goodbye.

In the same guidelines, the Fund drew some lessons from the Organization for Economic Cooperation and Development (OECD) countries which normally design their budgets based on some key principles, the bottom line of which is to allow the government to “exercise the macroeconomic constraint of affordability on the total” and “ensuring efficiency in the allocation of resources.”

Relatedly, in the opening statement of Finance Secretary Ben Diokno before the congressional budget hearing, he concluded that “with capable leaders at the helm and the right policy tools, we face the next six years with full confidence in our bold socioeconomic agenda.” If budget politics as it is unfolding today overrides our good economic plans, we may not be fully confident about future prospects. For the sake of our country and people, it is good to be proven wrong.

Diwa C. Guinigundo is the former deputy governor for the Monetary and Economics Sector, the Bangko Sentral ng Pilipinas (BSP). He served the BSP for 41 years. In 2001-2003, he was alternate executive director at the International Monetary Fund in Washington, DC. He is the senior pastor of the Fullness of Christ International Ministries in Mandaluyong.