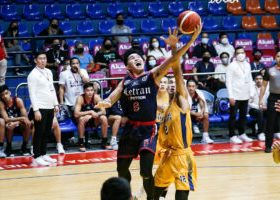 IS POLITICAL INTERVENTION in corporate transactions between two private companies to be treated as business or political news? In which section of current events should such news be found? Maybe the front page or the lead for the day, especially when the principals involved are big business groups? Never mind if the politician questioning the deal (for a congressional inquiry…or investigation) is a little-known legislator, well known only for targeting a particular company. Is he following orders from a bigger organization?

Doing nothing, or refraining from interfering, on the part of government or its agencies can be a virtue in an economy trying to recover from the pandemic disruption. A “negative list” narrows down the types of transactions that require some kind of political oversight. All the rest follow only existing corporate rules.

A list of acceptable behavior can be too long and likely to overlook certain situations not yet encountered before. It’s better to just list what is illegal — no swerving in traffic. The negative list is shorter and easier to understand and enforce. Customs forms specify only goods prohibited in a country like illegal drugs and firearms or minimum amounts of foreign currency needing to be declared. Anything not found on this negative list is therefore allowed.

Diets become simplified with a negative list of what types of food to avoid. Such a list of prohibitions is easier to follow. Avoiding sugar and carbs (multi-grain bread and brown rice can be eaten at the maintenance stage) and certain fruits with high sugar content (like mangoes) provide a simple guide for the Atkins Diet. (Okay, maybe this diet is no longer fashionable.)

Defining categories in the negative form is quite prevalent. History and current affairs books are referred to as “non-fiction,” meaning they have not just been made up by the writer’s imagination but are based on real persons and events.

Individuals can define themselves by what they don’t like. Allergies include types of foods or ingredients to be avoided to avoid rashes or even difficulty of breathing. Pet peeves, or personal irritants, proclaim types of people one doesn’t have lunch with, like gossipmongers or braggarts who post their foreign travel photos (behind us is the Eiffel Tower) and houses abroad on social media.

When we’re asked how we are, we can reply with a negative, “no problems (for now).” As for the state of our health, we declare we have nothing wrong with us. We even add we are not taking any maintenance medicines.

CEOs are identified by what irritates them — do not ask for a raise when his basketball team just unexpectedly lost to a cellar dweller. Acceptance by the boss entails avoiding behavior that annoys him. Somebody who does not turn off the boss is regarded as satisfactory. The greatest comfort can be “he doesn’t have anything bad to say about you.” (He doesn’t even know you.)

Architects deal with customers who only express their dislikes. Shown a design, the negative thinker can pick the nits and say that there are just too many doors or the shelves are too small. But when asked what design she has in mind, she draws a blank. In the construction stage for such a client, there are many change orders with walls torn down and windows relocated, even before the cement has dried.

Some politicians seem to spontaneously launch unprovoked attacks and legislative investigations on critics and hate objects (like certain business groups) in the guise of promoting the public good. (Cyber-libel seems to be the new weapon of choice.) Such assailants waiting to pounce at anything that moves may even portray themselves as champions of the oppressed in their fight against the establishment, or some parts of it.

Being used to the role of critic and pointing out what’s wrong with other people can be a disadvantage in promoting economic recovery and job creation.

Political crusaders should come up with a short negative list of things they will pay attention to like tax evasion, despoiling of the environment, and political dynasties. Anything outside this list should only elicit indifference — go ahead and merge to become a more competitive global company. You’re not on our list of don’ts.

So, for those in charge of interfering, legislating, or monitoring, doing nothing can be a virtue… specially to those they choose to ignore.

Tony Samson is chairman and CEO of TOUCH xda