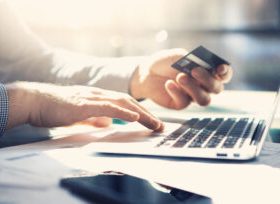 How to protect yourself when using payment methods in iGaming

SUPPLIERS of slot machines, baccarat table systems and other casino equipment are moving out of Macau to more welcoming markets, evidence of the damage China’s COVID Zero policy has wrought on the formerly bustling gambling hub.

With demand in Macau waning, Light & Wonder, Inc., a leading provider of products used in casinos, is relocating its expatriate staff to the Philippines, which has become its top market in Asia and where it is opening a new office. Another equipment maker from Japan is also shifting employees to the Philippines and Singapore.

The Japanese company is moving as many as 30% of its employees and has taken more than half of its inventory out of Macau due to supply-chain challenges, a person familiar with the matter said, asking not to be identified discussing information that wasn’t public. The person also asked for the company not to be named. It has seen revenue plunge about 90% in Macau as casinos shelved purchasing plans amid a prolonged industry slump.

Macau’s casinos aren’t buying any new equipment until they get licenses to continue operating at the end of the year, and without fresh sales, Light & Wonder is only getting limited revenue from maintenance and technical support, said Ken Jolly, the US company’s Asia vice president and managing director.

“The Philippine market has become a dominant market in Asia, and it makes sense for us to put more staff there,” Mr. Jolly said.

After well over a decade as the world’s pre-eminent casino center, Macau ceded that crown back to Las Vegas as COVID lockdowns and China’s travel bans choked off the usual flood of people coming in by air, sea and land. Prior to the pandemic, Macau’s gambling market — heavily reliant on mainland customers — was six times bigger than Vegas’, with annual revenue of $36 billion.

Macao Gaming Equipment Manufacturers Association Chairman Jay Chun said he knew of at least four multinational casino suppliers relocating manpower and resources overseas. The trend could accelerate after the government announced a cap of 12,000 gaming machines across the city for 2023 under a new casino law. There were already 17,000 machines in the market in 2019.

CRACKDOWN
Macau was under pressure even before the pandemic struck, with Chinese President Xi Jinping cracking down on high-rolling gamblers in the territory as part of a campaign against money-laundering, corruption and capital flight.

This June, a virus flareup prompted China to suspend quarantine-free travel with Macau for more than a month, a devastating blow to casino operators already bleeding millions of dollars. Tourist arrivals averaged a paltry 300 a day in July and gaming revenue dropped to a record low of $49 million in the month, when a lockdown also shuttered casinos for two weeks.

While social-distancing rules still apply at gambling tables, some restrictions have been peeled back. But people are staying away, fearful of getting trapped in a snap lockdown like those that have also enveloped Chinese cities such as Shanghai, Sanya and Chengdu.

For August, Macau’s gaming revenue was just $271 million, about 9% of pre-pandemic levels. Meanwhile, gaming revenue in Singapore returned to 70% of the level seen before COVID in the second quarter, while the Philippines and South Korea are both back to about 75%.

“Singapore and the Philippines are growing exponentially,” Mr. Chun said. “Macau has already lost its shine.”

G2E Asia, one of the world’s biggest gaming conferences, was held outside of Macau last month for the first time since the annual event started in 2007. As Southeast Asian casino operators and global suppliers gathered in Singapore’s Marina Bay Sands resort, representatives from gaming companies in Macau, where residents still need to undergo seven days of hotel quarantine when returning from overseas, were absent.

Macau is also revamping standards for electronic gaming machines, requiring manufacturers to design new software, which could be particularly costly and challenging for smaller suppliers. Some may decide not to update less popular machines as a result, Mr. Chun said.

Slot machines accounted for about 5% of Macau’s gaming revenue in 2019, compared with more than 50% for the Las Vegas Strip.

To secure new licenses and as part of Beijing’s push to reduce Macau’s reliance on gambling, casino operators must commit to investing in non-gaming areas such as Chinese medicine and technology. That will force them to cut spending on low-yielding gaming machines, said Daniel Cheng, a former executive at gaming companies including Hard Rock International.

“Macau can’t expect normal services to resume as before,” said Mr. Cheng. “The Macau of old is a thing of the past.” — Bloomberg