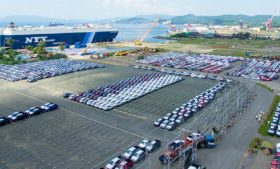 ALEX Eala breezed through the Round of 16 of the US Open junior championships, churning out a 6-2, 6-3 win over Slovakia’s Nina Vargova yesterday at USTA Billie Jean King National Tennis Center in New York.

Fresh off a dominant first-round campaign, the Filipina tennis pride was unstoppable anew in her second sweep victory highlighted by a scorching 3-0 closeout in the clincher to finish off her Slovakian foe in just 75 minutes.

Ms. Eala bagged the opening frame in convincing fashion and blitzed to another 3-0 start in the next set. Ms. Vargova would return the favor to tie things up at three games before Ms. Eala’s stronger finishing kick.

The 17-year-old ace has yet to drop a set in her US Open redemption tour after clobbering Canada’s Annabelle Xu in the opening round, 6-3, 6-0.

Ms. Eala, the No. 10 seed, will face the eighth-seeded Taylah Preston of Australia in the third round for a ticket to the quarterfinals, where her campaign also ended in last year’s US Open.

Ms. Eala was a former No. 2 player but opted to shift her focus in the women’s professional circuit, where she has already created ripples to rise at No. 297 of the latest WTA rankings.

In her return to the US Open, she is determined to finally capture her first singles grand slam after bagging doubles grand slams in the 2020 Australia Open and the 2021 French Open.

She will also participate in the doubles play of the US major with Russian partner Mirra Andreeva starting today for her third doubles slam bid.

Seeded as No. 4, the Eala-Andreeva tandem duels with the American pair of Iva Jovic and Shannon Lam in the first round. — John Bryan Ulanday