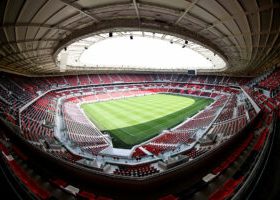 Qatar government planning for World Cup fans to avoid prosecution for minor offenses, such as drunkenness

THE House Committee on Higher and Technical Education referred a measure on Tuesday creating a council to address the skills mismatch in the workforce, underemployment, and unemployment to the Appropriations committee to verify that the resulting initiative can be funded.

The council, which will be attached to the Commission on Higher Education (CHED), is composed of government, academic, and industry representatives.

Economists have blamed the shortage of in-demand skills for the expected rise in unemployment next year.

“There is no question that job skills mismatch, underemployment, and unemployment are a continuing problem,” CHED Chairman Prospero E. De Vera II said at the committee hearing.

He said, however, that CHED may not have the resources to support such a council because of its broad mandate which is not budgeted for.

He said various laws aimed at promoting education are not backed with budgets in the General Appropriations Act.

The Committee on Appropriations will rule on the bill’s funding provisions. — Kyanna Angela Bulan