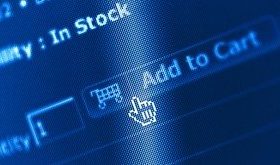 BUDGET BRIEFINGS at the House of Representatives have been conducted by nearly half of the government agencies scheduled to go before the chamber, a senior legislator said.

Marikina Rep. Stella Luz A. Quimbo said at a news conference on Tuesday that “As of yesterday (Monday), 14 out of 34 agencies have briefed Congress regarding their respective budget proposals.”

The progress made in the budget briefings puts the House on track to complete its budget bill by around the Sept. 30 recess, she added.

Agencies that have presented their budget proposals include the Development Budget Coordination Committee, Department of Agriculture (DA), and the Department of Energy (DoE).

Ms. Quimbo said discussions with the DA and DoE have revolved around the Agriculture and Fisheries Modernization Program and the Total Electrification Program, as well as other priority items for 2023 that concern the two departments.

“Almost all (agencies) asked for consideration for the budget proposals they submitted to the (Department of Budget and Management),” she said. “Even if many congressmen support (these proposals), it isn’t clear what programs the budget increases will come from.”

Ms. Quimbo said that the budget ceiling of P5.268 trillion serves as a hard cap on ambitious funding proposals.

“The absorptive (capacity) of the agencies is a perennial challenge which is why we have to pay close attention to the execution of the budget,” she added, noting low budget utilization rates for some agencies.

She said devolution has emerged as a common thread in the proceedings, with “lawmakers (showing) concern regarding the capacity of (local government units) to be able to absorb the devolved functions from national agencies, especially with a smaller (National Tax Allotment) compared with last year.”

“Congress still stands by its goal of the swift passage of the (General Appropriations Bill) to allow sufficient time for it to exercise its oversight functions,” Ms. Quimbo said.

“This way, we can ensure that the agencies will not only use their respective budgets for programs in alignment with the new administration’s 8-point socioeconomic agenda but will also be genuinely felt by the Filipino people who will benefit from their programs.” — Matthew Carl L. Montecillo