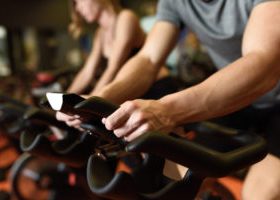 LIKE EVERYBODY I know in Germany, I bought the so-called €9 ticket this summer. Three, in fact — one each for June, July, and August. I put the QR codes in my cell phone’s digital wallet, and was free to hop on and off all buses, trams, local and regional trains nationwide. In a country that specializes in making things complicated, getting around was suddenly simple.

This all-you-can-ride ticket — for about €9 — was a huge experiment that deserves a look from other countries groping for policies against climate change. The impetus was this year’s surge in inflation and, in particular, the energy shock. In response, the German government passed a raft of measures meant to soften the blow to people’s finances. The €9 ticket was one.

The most popular one, in fact. The deal expired last week, and everybody’s already talking about how and when to bring it back. So, the question — for Germany and other countries — is whether and under what circumstances it’s a good idea to subsidize public transport enough to make it extremely cheap or even free.

The numbers are intriguing. People bought some 52 million €9 tickets, and another 10 million who had previously bought an annual subscription got them automatically. I almost wonder about the Germans who didn’t avail themselves of the offer. Presumably, they include babies and people living in deep forests with no bus stops.

If early estimates prove correct, moreover, about 10% of buyers used the ticket to drop at least one of their daily car trips. This saved them a packet in gasoline expenses. It also kept big clouds of carbon dioxide out of the atmosphere — about 1.8 million metric tons. That — after just three months — is equivalent to the emissions from powering 350,000 homes for one whole year, or the savings that can be expected in one year if Germany introduces a speed limit on its autobahns.

This comes as a shock. Cities from Santiago, Chile, to Salt Lake City, Utah, and Tallinn, Estonia, have also experimented with making public transport free. So has the entire small nation of Luxembourg. But they all found that their subsidies didn’t noticeably reduce car trips — either because the people who took more trams, buses, and trains were too poor to own cars and would otherwise have walked or cycled; or because public transport was still too inconvenient relative to driving for price to make much difference.

This points to a general problem with subsidies. Unlike price signals coming from markets, they usually distort rather than correct a sector of the economy. Making public transport free or cheap, for example, boosts demand for it but doesn’t do anything to also increase the quantity or quality of supply.

Operators of bus and rail lines, whether they’re in the private or public sector, can’t easily add capacity. In Germany, too, many frustrated €9 passengers were left on the platforms as their overcrowded trains departed without them. Nor were people much better off who live in places where the bus comes once a week, if at all.

In reality, therefore, public-transport subsidies are usually an answer to the problem of inequality, not climate change. The well-off keep driving, no matter how much gasoline costs. And they pay more in taxes to enable the cash-strapped to ride at little or no charge. In this case, a lot more: Germany’s subsidy, just for these three summer months, is estimated to cost the federal government — and thus the taxpayer — €2.5 billion.

The €9 ticket, however, suggests that a well-designed subsidy could yet make more people leave their car at home at least some of the time, thereby mitigating greenhouse-gas emissions as well as inequality. But for that, the subsidy would have to be combined with other policies.

First, governments must also provide more — rather than just cheaper — alternatives to driving, or design incentives for companies to do so. This is fiendishly difficult. Even in Germany, where mainstream politics is allegedly “pro-rail,” trains are best known for running late or not at all. And whenever somebody tries to build a shiny new station, the locals (very much including those labeling themselves “green”) protest.

Second, governments must deliberately make driving less and less affordable. The cost of gasoline or diesel must stay uncomfortably high long beyond the current energy crisis — in fact, forever. And the best way to ensure that is to put a high and rising price on carbon, as cap-and-trade regimes seek to do.

This is why demands from Poland and other countries to ditch the European Union’s emissions-trading system, the world’s largest cap-and-trade market, are misguided. Instead of sacrificing the ETS to temporarily dampen energy prices, Europe should instead strengthen and expand the system, and other countries should follow.

For now, even classical liberals like me must admit that transportation is an area of the economy that’s jammed by market failures, and bears much of the blame for climate change. This suggests that government should intervene with better policies. The €9 ticket doesn’t offer the whole answer — but a first glimpse.