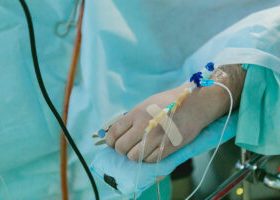 PROPERTY, banking, and consumer sectors are expected to sustain recovery from the impact of the public health crisis in the second half of the year, as they benefit from the further reopening of the economy, according to analysts.

“Recovery from the pandemic is anticipated in the property sector after being significantly hit by the imposed restrictions. We expect that its rebound will continue in the second half,” Philstocks Research Analyst Claire T. Alviar said in the recently released Midyear 2022 Review of the financial firm.

“The consumer sector in the Philippines has already been continuously showing signs of recovery from the pandemic,” Philstocks Research and Engagement Officer Mikhail Philippe Plopenio said.

Meanwhile, Japhet Louis O. Tantiangco, senior research analyst of Philstocks, said that if confidence in the economy is sustained, loans will continue to grow and support the profitability of local banks.

“Bank borrowing or lending has been gaining strength amid the rising confidence towards the economy’s prospects. This is despite the tightening of monetary policies,” Mr. Tantiangco noted.

According to the review, property stocks in the main index  in the first half recorded an earnings growth of 16.23% year on year.

Ms. Alviar said that if the economy continues to reopen, the property sector will gain, particularly mall and hotel segments.

However, rising interest rates may dampen the growth of the sector, specifically those whose revenues come from the residential segment as Philstocks review sees mortgages to be negatively affected by rate hikes.

“This is on the back of expectations that more jobs will be provided and the easing of COVID-19 restrictions,” Mr. Plopenio added.

The consumer sentiment in the country was less pessimistic in the second quarter, as the overall confidence index improved to -5.2% from -15.1% in the first quarter, BSP data showed.

“Consumer sentiment for the next quarter and next year also showed positive results, which indicate that investors have huge confidence in the industry moving forward,” Mr. Plopenio said.

According to the review, the consumer leaning stocks is the best performing sector next to Semirara Mining and Power Corp. and International Container Terminal Services, Inc., which are the sole representatives of their respective industries.

The said sector’s bottomline grew 42.31% year on year despite inflation risks, which Philstocks said was led by the swing to the profitability of Monde Nissin Corp. and the 351.70% growth in net income of Jollibee Foods Corp.

Mr. Plopenio said that the consumer sector still faces downside risks, such as shortages of several raw materials amid the ongoing Russia-Ukraine war and rising prices, which could slow down supply and demand.

“We may look into consumer staples and essentials retailing companies as demand for their products is always present regardless of any economic situation, making their businesses attractive,” he noted.

According to the review, bank lending has already been expanding for 12 consecutive months with growth posting an uptrend on a year-on-year basis.

“This is also above the last five year’s compounded annual growth rate of 9.8%,” Mr. Tantiangco said.

Philstocks reported that June gross non-performing loans (NPL) went down by 10.2% to P356.75 billion, which Mr. Tantiangco said reflects “the better asset quality of our universal and commercial banks.”

He noted that a further build-up in the headwinds to our local economy — inflation and global challenges — can weaken confidence and bank lending. — Justine Irish D. Tabile