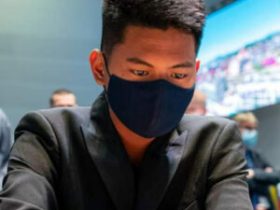 Record high temperatures were expected in California’s Central Valley from Sacramento to outside of Los Angeles on Sunday, with officials warning that the dangerous heat wave could afflict the state through the end of the week and test the limits of the electric grid.

State officials on Sunday were urging residents to limit their power usage for the fifth day in a row as energy demand spiked and temperatures were still on the rise.

The worst of the heat was concentrated in the Central Valley on Sunday. The thermometer could hit 46 degrees Celsius by midweek, the National Weather Service said, warning residents to stay indoors to avoid heat-related illness.

“The heat wave begins in earnest today with dangerous temperatures now forecast to extend through the end of the week,” National Weather Service Sacramento wrote on Twitter on Sunday.

The Southern California city of San Diego, which set a record temperature on Saturday of 35°C, could set another record on Sunday, National Weather Service forecaster Tony Fracasso said, although a chance of afternoon thunderstorms could offer some relief.

The California Independent System Operator (ISO), which oversees the state’s electric grid, extended a “flex alert” to a fifth day, asking state residents to set their thermostats to 25.6°C or higher, avoid using major appliances, and turn off lights in order to conserve energy.

“Sunday, Monday, and Tuesday in particular are shaping up to be the most difficult of this heat wave,” the agency said in a news release.

It added that the state’s ongoing wildfires and potential new blazes could further strain the power grid by crippling lines and generators. More than two decades of drought and rising temperatures, exacerbated by climate change, have made California more vulnerable than ever to wildfires.

In Northern California’s Siskiyou County, where firefighters were battling the fast-moving Mill Fire that prompted thousands to evacuate their homes, the high temperature forecast for Sunday was 35°C.

Two people died in the fire, Siskiyou County Sheriff Jeremiah LaRue told a community meeting on Sunday, according to a video that his office shared on social media.

Temperatures were expected to top 37.8°C in the coming days. The fire had burned more than 4,000 acres and was 25% contained as of Sunday morning, according to the California Department of Forestry and Fire Protection. — Reuters