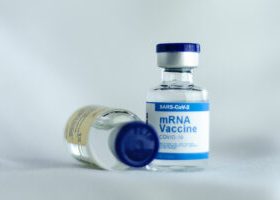 COVID vaccines may be harming our young

NEW YORK —  From glossy magazine covers to generation-defining on-court styles, Serena Williams took a bow at the US Open on Friday, having rewritten the fashion playbook for female athletes while building an empire of her own.

The 23-time Grand Slam winner chose the bible of women’s fashion, Vogue, to announce she was “evolving away from tennis,” before taking to the court in her bedazzling Nike sneakers at the US Open this week under the watchful eyes of the magazine’s grand dame, Anna Wintour.

The fiercely competitive queen of Queens put on a gritty performance in what is widely expected to be her final tournament, losing in the third round 7-5 6-7 (4) 6-1 to Ajla Tomljanovic with her legacy as a cultural icon firmly in place.

“Style and sport have always been closely intertwined, but no athlete embraced the power of fashion like Serena Williams,” Katie Abel, executive editor of Footwear News, told Reuters.

“She’s never shied away from boundary-breaking looks, on or off the court, and always knows how to send a message, even if it’s controversial.”

She famously competed in Flushing Meadows in a denim skirt in 2004 and ruffled feathers at Roland-Garros in 2018, when she wore a black catsuit to keep her circulation going after developing blood clots in the days after giving birth.

After organizers said they would ban the catsuit from their clay courts, Ms. Williams’ supporters cried foul. Ms. Williams quipped to the Associated Press: “When it comes to fashion, you don’t want to be a repeat offender.”

The moment was an instant classic and showed she could harness fashion to disrupt the status quo, said Katie Lebel, a researcher of gender equity in sport and assistant professor at University of Guelph.

“Sexism has been pretty pervasive when it comes to women’s clothing… The expectations around what women athletes should look like that been particularly steeped in that,” she said.

“Enter Serena and she pushed back against all this. I think she really rethought (the) uniform standards for women in tennis.”

Serena and her sister Venus brought Black style to the overwhelmingly white sport when they first took the court as professionals in the 1990s, facing criticism for wearing beaded braids in competition.

Ms. Williams wore the style when she won her inaugural Grand Slam in New York. Photos of daughter Olympia in identical plaits in the stands at Flushing Meadows this year were an instant sensation.

“From the moment Serena and her sister Venus stepped onto the court in their signature braids… they have been role models for Black women and aspiring female athletes everywhere,” said Ms. Abel.

‘GLAM SLAM’Ms. Williams’ friendship with late Louis Vuitton artistic director Virgil Abloh resulted in one of her most memorable US Open ensembles, a ballerina-inspired Nike kit in 2018, when she got tantalizingly close to clinching a record-equalling 24th major title but came up short in the final.

While her run at the US Open is over, her work in New York has just begun, with a “Glam Slam” preview of new looks from her S by Serena brand planned for Sept. 12 to coincide with New York Fashion Week.

And her retirement from competitive sport is expected to have little to no impact on her brand value — with Nike planning to continue its partnership with the 40-year-old.

“Williams may be retiring from tennis, but I’m guessing her influence on fashion is just getting started. Without her grueling training schedule, I’d think she would have even more time and energy to focus on this category,” said W Magazine Fashion Director Nora Milch.

A bona fide fashion tycoon off the court, Serena was named to the board of shopping app Poshmark in 2019, opening her own closet alongside pieces from Olympia to customers on the fashion marketplace.

Manish Chandra, founder and CEO at Poshmark, said Ms. Williams has inspired several other female entrepreneurs to sell on the app by way of her unique voice and perspective.

“As a champion of female empowerment, Serena always leads with love and helps to ensure that our Poshmark community is front and center in everything we do,” Mr. Chandra told Reuters.

“Her achievements and vision across the worlds of business, fashion and entrepreneurship made her a perfect fit for our board… She leads with humility, kindness and authenticity.” — Reuters