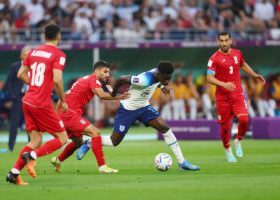 THE GOVERNMENT should maximize profits from the mining industry by encouraging investors to set up local processing plants, a senator said at the weekend, amid a proposal for a new mining regime.

“The mining industry must also invest in local processing plants and be connected to existing local value chains to maximize the return to the local economy,” she added.

The House of Representatives ways and means committee earlier approved a new fiscal regime that raises the tax rate on the mining sector to 51% from 38%.

The measure aims to increase government revenue from mining to P37.5 billion in its first full year of implementation.

Ms. Marcos agreed with the proposal as the country tries to deal with record debt at P12.89 trillion at the end of July.

“Any move to promote the mining sector and improve revenue generation is crucial given our goal of managing the country’s debt burden while still providing adequate social services,” she said. “Mining is a way to provide employment in the countryside as well.”

Under the proposal, a royalty of 5% will be imposed on the market value of gross output of large-scale mining operations.

A minimum government share of 60% of net mining revenue, including all taxes and charges, will also be imposed on all mining operations.

A 10% export tax will also be levied on the market value of mineral ore exports to encourage domestic ore processing.

The bill also proposes a government system for the public disclosure of all mining tax and revenue data in the extractive industry value chain.

“While we understand the need for additional government revenue, our concern is in making sure that we maximize the return to the Filipino people,” Ms. Marcos said. “As such, we would like to ask for a clarification on the application of the 10% export tax of mineral ore, and whether that will be considered part of 60% of net mining revenues.”

“Such clarification is important to make sure that we provide an incentive for investment in domestic processing plants,” she added.

“If they don’t export, then they pay the 60%,” he said by telephone. He expects the incentive to mineral ore exporters to benefit the country because “we’re a major producer of nickel and it’s good for electric vehicles, as well as many conductors.”

The Philippines boasts the fifth-largest reserves of nickel in the world, according to the US Geological Survey. S&P Global, Inc. said it accounted for a quarter of Asian mined nickel production in 2021.

The Chamber of Mines of the Philippines has said the bill could set back the revitalization of the industry.

“We lament the fact that no consultations took place with the industry that would have allowed us to prove that the onerous provisions of the bill would make the Philippine mining industry one of the highest taxed in the world,” it earlier said in a statement.

“Foreign investors will simply look elsewhere; we are not the only country blessed with mineral resources. If further tax increases are unavoidable, the tax structure should not be onerous as to stop investments from coming in,” it added.

Mr. Salceda said lawmakers are prepared to discuss the bill with the mining industry and other stakeholders. “We’re just following the pronouncements of the president. The entire driving force for that bill are presidential pronouncements.”

“The mining industry holds the greatest potential to be a key driver in our recovery and long-term growth, especially now that world metal prices are high… We recognize that apart from boosting local development, mining is a strong magnet for investments that can propel our economy into a higher growth trajectory,” he said.

The Marcos administration is committed to creating an enabling environment that will allow the mining industry to flourish, he added.

The mining industry should adhere to responsible and sustainable practices, which is a nonnegotiable condition, Mr. Diokno said. — Alyssa Nicole O. Tan