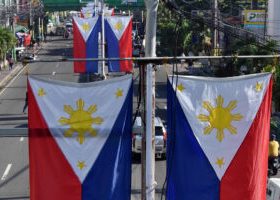 THE number of initial public offerings (IPOs) this year is a result of the relaxed listing rules last year and the repealed IPO tax under a pandemic response law, according to the Philippine Stock Exchange (PSE).

“It helps that we relaxed our listing rules last year and the government repealed the IPO tax under Republic Act No. 11494 also known as the Bayanihan to Recover as One Act or Bayanihan II,” PSE President and Chief Executive Officer Ramon S. Monzon said in a statement on Friday.

Under Bayanihan II, Section 127(B) of the National Internal Revenue Code of 1997, which required tax on safe, barter or exchange of shares of stock listed and traded through IPO based on the gross selling price or gross value in money of the shares of stock sold, was repealed.

The amendments to PSE’s consolidated listing and disclosure rules were approved by the Securities and Exchange Commission (SEC) in March last year.

One of which is the inclusion of a time-bound relief for IPOs filed in 2021 and 2022 which permits the PSE to consider the profitability of the applicant for any two fiscal years in the three most recent fiscal years excluding the years which were affected by the pandemic.

The market capitalization test was removed from the requirements for main board listing, and the profit test was revised to show an aggregate net income of P75 million for the last three years and a net income of P50 million in the most recent financial year.

The profit test used to have the requirement of P50 million for the last three years and minimum earnings before interest, taxes, depreciation, and amortization (EBITDA) of P10 million for each of the three years as a gauge.

For the small, medium and emerging (SME) board listing, applicants now have the option to satisfy either the EBITDA requirement or the net sales or operating revenue.

Under the amended rules, applicants need to have cumulative net sales or operating revenues of at least P150 million for the last three years.

SME board applicants are no longer required to have a positive EBITDA in the last two-three fiscal years, preceding application, and to have a P100-million minimum authorized capital stock.

PSE also introduced a sponsor model provision for listing applicants in the SME board which allows sponsors accredited by the PSE to endorse applicants which did not qualify based on listing requirements alone.

“There are several companies that do not qualify to list based solely on the SME Board listing requirements. We want the stock market to be accessible to these businesses and give them equal opportunity to raise capital through equity financing, especially if they are profitable and have rosy growth prospects,” Mr. Monzon said.

PSE expects at least three more IPOs in the second half, bringing this year’s number of IPOs to a 26-year high.

“We see companies requiring capital to fund their post-pandemic recovery plans. At this time of high-interest rate regime, selling shares to the public is a more viable option than taking out loans,” Mr. Monzon said.

Year to date, the PSE had eight IPOs, which is the total number of IPOs for the entire 2021.

The amount of capital raised from the sale of primary and secondary shares during the first half of the year reached P61.92 billion, lower by 49.4% year on year from the fund-raising amount of P122.46 billion in the same period last year.

Analysts said that the ongoing market volatility due to the Russia-Ukraine conflict that led to elevated global commodity prices and inflation could still be a drag on IPO for the second half of the year.

“Increased market volatility due to the Russia-Ukraine conflict since February 24 [t]hat led to elevated global commodity prices and inflation, as well as the more aggressive Fed rate hikes or monetary tightening to clamp down elevated inflation could lead to risks of economic slowdown or even recession in the US, [t]hereby could be a drag on IPOs and other share sales amid less favorable market conditions,” Rizal Commercial Banking Corp. Chief Economist Michael L. Ricafort said in a text message.

Globalinks Securities and Stocks, Inc. Head of Sales Trading Toby Allan C. Arce pointed out that there is still a lot of uncertainty which continues to add pressure this year.

“Companies must be properly prepared and have an astute strategy in place if they are planning an IPO. They must be ready to take advantage whenever an opening in the market occurs,” Mr. Arce said in a Viber message.

Mr. Ricafort said that as the economy reopens towards greater normalcy, it will be “creating greater certainty on new investments and expansion plans, as well as greater decisiveness to raise capital to finance them.”

PSE will be hosting Road to IPO 2022 on Sept. 15 to help business owners appreciate the value of becoming a publicly listed company.

“We want this Road to IPO activity to dispel the notion that an IPO is a daunting undertaking. Through this forum, we want to demystify the IPO process and simplify what is seemingly technical about going public with the help of speakers that have conducted their own IPOs and those who are tapped by companies to help them in their IPO journey,” Mr. Monzon explained.

The Road to IPO is a key initiative of the PSE in partnership with the SEC and the Department of Trade and Industry.

Companies interested in joining the event may register for free at https://bit.ly/TheRoadtoIPO2022. — Justine Irish D. Tabile