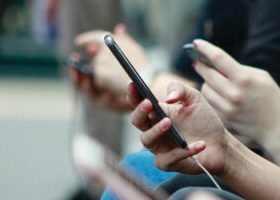 PayerMax to focus on PHL in regional growth goals

Serena Williams tried, but she was tired. Make that very tired. After having been pushed to the brink in the second set, she looked physically and emotionally spent the rest of the way. As much as her spirit was willing, her flesh was decidedly weak; she did not seem to have anything left in the tank when the much faster — and fitter — Ajla Tomljanovic reeled off game after game to hand her a deflating loss. The only thing that prevented her from getting a bagel in the payoff set was a break in the opener.

Statistics show just how much Williams aimed to emerge victorious in her third round match. Unfortunately, Tomljanovic was better in just about all aspects on the court. She may have had far more winners, but she committed even more unforced errors — proof, if nothing else, that she went for the kill whenever an opportunity, however slight, presented itself. Perhaps the outcome would have been different had she managed to claim the first set, but, for one reason or another, she could not deliver on what would have been a sure thing in her prime; after going up 5-3 off an outstanding break at love, she gave up four straight games. She had her chances en route, but she failed to capitalize on them.

In retrospect, Williams may well have prevailed had a lesser foe been on the other side of the net. After all, she had the capacity crowd on her side; with cheers erupting every time she scored, and — horror of horrors in what is supposedly a gentleman’s sport — every time Tomljanovic faltered, the pressure was on the latter to buck the pressure and prove true to potential. And, creditably, the Australian stayed composed throughout, not quite expected of a World Number 45 marked as the enemy in rowdy Arthur Ashe Stadium.

Tomljanovic stayed respectful even in her post-mortem. Heading into the match, she knew all eyes would be on Williams, and with reason. However, she likewise recognized that the moment was hers to take. The pep talk her father Ratko, a former handball player also used to boos, certainly helped. As she noted, “My dad wanted to emphasize the fact that it’s Serena’s moment, but he wanted to make me aware that for me, it should be my moment, what it’s going to mean to me, just to focus on that. I should completely try to enjoy myself as much as I can because it’s a once-in-a-lifetime opportunity.”

And enjoy Tomljanovic did, to great effect. It didn’t matter that Williams was given first dibs in the post-match interviews, or that her win effectively became an afterthought. Years from now, she will be remembered for having given the best of the best a proper sendoff — by being absolutely better and not simply sticking around.