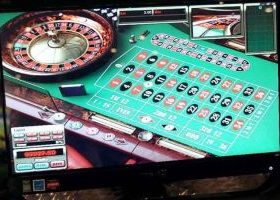 POLITICAL pressure that led to the termination of a landmark investment deal between ABS-CBN Corp. and TV5 Network, Inc. poses threats to free enterprise and press freedom, according to analysts.

“This has implications for both freedoms: enterprise and press,” said Terry L. Ridon, a public investment analyst, said in a Facebook Messenger chat at the weekend. “Only now have contracts been terminated due to objections from those in power.”

Pressure from congressmen critical of ABS-CBN, whose franchise renewal application was rejected by allies of ex-President Rodrigo R. Duterte at the House of Representatives in July 2020, sets a bad precedent for governance in the Philippines, he said.

“This creates a chilling effect on the media and its owners, as two of the country’s most respected media institutions have terminated a well-intentioned transaction that would have pushed the envelope of reportage and public service,” he added.

“We generally do not interfere in the Legislature’s exercise of its own powers,” Press Secretary Trixie Cruz-Angeles said in a Viber message.

ABS-CBN was supposed to acquire 34.99% of TV5 for P2.16 billion ($38 million), which could have allowed to show its content to a wider audience through TV5’s free channels.

The termination came days after lawmakers filed resolutions seeking to investigate the deal, which they said could jeopardize the future of TV5, which is owned by Manuel V. Pangilinan-led MediaQuest Holdings, Inc.

Party-list Rep. Rodante A. Marcoleta, who voted to deny ABS-CBN’s franchise renewal two years ago, said TV5 is owned by a foreign national.

ABS-CBN, which was forced off air during the Martial Law regime of the late dictator Ferdinand E. Marcos, was critical of the Duterte government’s deadly war on drugs. The tough-talking leader had accused it of unfair reporting.

Analysts said the attack against a private deal was nothing new because the previous government and its allies had done the same to other companies, including water concessionaires Manila Water Co. and Maynilad Water Services, Inc.

The termination serves as “a warning that free enterprise will only be free if businesses align,” Mr. Ridon said. “This shows how extraneous factors can terminate initiatives which could have raised our standards of public service, culture and innovation.”

“It’s undue interference in the affairs of the business community and sends the wrong message to its innovative initiatives,” Luis V. Teodoro, former dean of the University of the Philippines (UP)  College of Mass Communication, said in a text message.

The deal could have made more information available to Filipinos, he said. “Again, the losers are the citizens and their right to know, which is aided by multiple sources of information.”

Danilo A. Arao, who teaches journalism at UP, said the termination of the deal “perpetuates the existing monopoly of Philippine media.”

“We need more competition among privately owned media to ensure better quality of news and entertainment,” he said in a Messenger chat. “The erstwhile duopoly was already bad but the current monopoly is much worse.”

The NTC order came amid the talks between ABS-CBN and TV5. The agency also released a separate order mandating those with broadcast licenses not to deal “with those who have outstanding obligations” to the National Government.

The  House is “controlled by a supermajority that treats critical media as enemies,” Mr. Arao said. “Only public pressure can compel them to do something that goes against their interests.”

Maria Ela L. Atienza, who teaches political science at UP, said many politicians are fond of using an anti-oligarchy or anti-monopoly line in pursuing their political agenda.

“They use words irresponsibly without accurate information because they think so little of the Filipino public,” she said in a Viber message. “Their goal is to deceive and focus on what appears to be popular but can actually be fact-checked.”

“Populism and pandering to emotions are not only visible in the country but in many countries.”

She urged educators and civic groups to counter populism that is being used to attack critical media by raising public awareness about the importance of the right to information.

Ms. Atienza said the public would be the loser since ABS-CBN was denied a fresh franchise.

“They cannot always access media digitally and are deprived of urgent or relevant information the former reach of ABS-CBN in the regions was able to provide,” she said. “People are also deprived of choices in terms of media providers.”

“We will still try to push for a new franchise for ABS-CBN to create more jobs, fight fake news and extend more help to the Filipino people,” she said in a Viber Message.

“As we defend press freedom in the country, the youth shall support the efforts of ABS-CBN and its journalists to reach more Filipinos with their stories for the public good while providing livelihood for displaced media personnel,” Party-list Rep. Raoul Danniel A. Manuel said in a separate Viber message.

Both lawmakers together with Party-list Rep. Arlene D. Brosas have filed House Bill 1218, which seeks to renew the media company’s franchise.