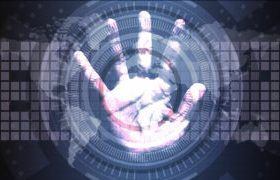 THE PESO may rebound against the dollar this week as its recent decline and expectations of still-elevated August inflation may prompt the Bangko Sentral ng Pilipinas (BSP) to continue hiking borrowing costs.

The local unit closed at a new all-time low of P56.77 on Friday, weakening by 35 centavos from its P56.42 finish on Thursday, data from the Bankers Association of the Philippines showed. This eclipsed the previous record of P56.45 set in 2004.

The peso opened Friday’s session at P56.50 per dollar, which was also its intraday best. Its weakest showing was at P56.90 against the greenback.

Dollars exchanged dropped to $936.95 million on Friday from $1.09 billion on Thursday.

Fed Chair Jerome H. Powell last month said the US central bank will continue hiking rates and keep them elevated to bring inflation back within its target. The Fed has raised rates by 225 basis points (bps) so far since March.

The peso also weakened on “the expected seasonal increase in importation in Q3 in preparation for the expected increase in sales during the holiday season in Q4,” Mr. Ricafort said.

Still, the peso could be supported by the traditional increase in remittances and export sales during the holiday season in the Philippines, he said.

For this week, UnionBank of the Philippines, Inc. Chief Economist Ruben Carlo O. Asuncion said the peso may rebound ahead of the release of August inflation data, which could provide clues about the BSP’s next move.

Mr. Asuncion said high inflation and the peso’s recent depreciation may give the central bank a reason to continue hiking benchmark interest rates. Another off-cycle move may even be in the cards if the peso posts massive losses against the dollar, he added.

BSP Governor Felipe M. Medalla on Friday said the Fed’s next policy move will be a “big factor” to consider for the Monetary Board at their Sept. 22 meeting, especially as the US central bank will also meet on Sept. 20-21.

“You cannot not react to what the Fed is doing,” Mr. Medalla said during the virtual Reuters NEXT Newsmaker event on Friday. “We are concerned about the effects of the exchange rate on inflation.”

He noted that the peso’s recent decline was due to the dollar’s continued strength amid rate hike expectations in the world’s largest economy.

The BSP has hiked benchmark rates by 175 bps since May to keep rising prices in check. It sees inflation averaging 5.4% this year, beyond its 2-4% target.

Headline inflation hit a near four-year high of 6.4% in July, bringing the seven-month average to 4.7%.

A BusinessWorld poll of 13 analysts yielded a median estimate of 6.4% for August inflation, well within the BSP’s 5.9-6.7% forecast for the month and unchanged from July pace.