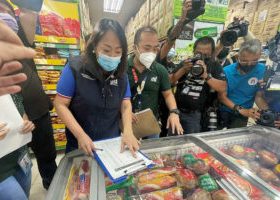 Raised in Richmond, a small city in the Canadian province of British Columbia, Jordan Ninkovich has always been passionate about film, design, and the arts.

Now a highly-regarded professional production designer and fixture in British Columbia’s thriving film industry, Jordan went through a fascinating and challenging journey to find himself where is now.

In high school, Jordan played basketball at an elite level, even considering playing semi-pro basketball in Europe after graduation. Unfortunately, he succumbed to a debilitating injury in his senior year which precluded this possibility. Undaunted by this setback in the realm of athletics, Jordan embraced a career in entertainment, including pursuing opportunities to act on the stage. While simultaneously acting and working part-time, he enrolled in a program of interior design at the Vancouver College of Art and Design (VCAD). He finished his post-secondary studies at Yorkville University in Toronto.

These days, Jordan Ninkovich is primarily a production designer for film and television. In the past, he has worked with networks such as Hallmark, Lifetime, Fox, TUBI, and A&E. While plying his trade, Jordan prides himself on turning in quality work fro the producers, directors, and networks that hire him. He has most recently work on production design for a film called Caught in His Web executive produced by Whoopi Goldberg, as well as a new film for Fox titled The Shell Collector. Jordan has also recently signed on as a production designer for the upcoming film Spread with Harvey Keitel.

In his spare time, he continues to pursue his acting career. A man of diverse interests, Jordan Ninkovich enjoys business, and has also studied as an interior designer, designing several homes and commercial spaces over the years. In addition to all of this, Jordan is an author. His book Epidemic, which is about bullying and obesity in youth, prompted him to embark on a cross-Canada tour in 2016, which included several speaking engagements with youth and school organizations about the nature and effects of bullying and the importance of mental wellbeing.

What do you currently do for a living?

I’m mainly a production designer for film and television productions, although I also design homes and commercial spaces, as well as do some stage acting on the side.

What was the inspiration behind your career?

Ever since I was young, I have always been enthralled by movies and TV and I wanted to be a part of bringing the magic of those mediums to life. Although I flirted with the idea of playing semi-pro basketball in the European leagues for a period of time in high school, I sustained an injury that pretty well put an end to that ambition. After that happened, I concentrated all my efforts on pursuing a career in design with an eye toward working in film and television. As to my other major professional endeavour as a building designer, the inspiration for that came from much the same place. I just love design in all its forms, and being paid to practice it and perfect my technique in both the entertainment industry and in building construction has been the joy of my adult life!

What defines your way of doing business?

Whenever I accept a job, I always approach it with clear-minded focus and the intention to commit myself to it wholly until it is completed properly. In my interactions with employers, clients, and co-workers, I do my best to be amiable and understanding. I believe adopting a thoroughly professional attitude at work has been crucial to achieving success in my career.

I believe that keeping focus is a major key to productivity. That being the case, I try to limit any distractions during the course of my workday. I keep my communications unrelated to work at the absolute minimum, and only respond to personal messages when I’m off the clock.

What would you tell your younger self?

When I was a small kid, I spent a lot of time dreaming. As a consequence, I didn’t always give school my fullest attention. If I could go back in time and give my younger self any advice, it would be to take better advantage of the opportunities to learn that my teachers gave me. Of course, everything turned out alright for me in the end, but I do wish I’d paid better attention to my early education.

What’s the most valuable lesson you’ve learned through the course of your career?

Do not leap to judgment without hearing the whole story. Instead, give people the benefit of the doubt until all the facts are in your possession. These days, I’ve noticed that many people are incredibly quick to form opinions about situations that they do not fully understand. It’s just not wise. There are almost always nuances and shades of grey.

What are some of your favourite things to do outside of work?

As I alluded to in an earlier answer, I do some stage acting. Outside of spending time with my friends and family, performing in the theater is probably my favourite thing to do outside of work. I find it both challenging and gratifying.

How would your colleagues describe you?

I think my colleagues might describe me as hardworking, conscientious, and always ready to prove my abilities. They also might say that I’m an unabashed coffee lover.

How do you maintain a solid work life balance?

I think one of the most important things I do in that respect is make sure to get eight hours of sleep each night. I can’t produce my best work when I’m fatigued, and I can’t put my all into my hobbies and leisure activities when I’m fatigued, either. Exhaustion affects performance in every aspect of life.

What is one piece of advice that you have never forgotten?

A person I very much respect once told me that it’s impossible to do too much networking. I took that advice to heart after I heard it, and I believe it has paid great dividends in both expanding my client base as a building designer and landing jobs as a film and television production designer.

How do you measure success?

I measure success largely by the reactions of the directors, producers, and networks that I design for in the film and TV industry, and the private clients I take on in my capacity as a building designer. If they are happy with my work, I consider it a rousing success.

What advice would you give to aspiring to succeed in your field?

I would recommend that any novice or would-be designers educate themselves on the history of design as much as they can, while at the same time keeping on top of any current and emerging trends. Ultimately, by working hard, submitting quality work, and being friendly and professional with those around you, anyone can find success as a designer. Although, I won’t lie, having an innate talent for design is important, and some good luck can never hurt. 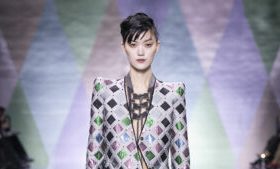 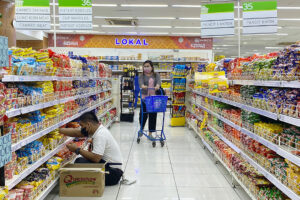