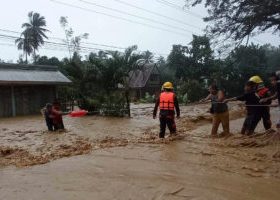 THE Bureau of Customs (BoC) said on Sunday that it exceeded its August collection target by 34.1%, which it credited to the digitalizing and streamlining of its processes, and as imports rose following the reopening of the economy.

In a statement, the BoC said August collections hit P78.902 billion, exceeding the target of P58.849 billion. This is the eighth consecutive month it has exceeded its monthly target.

It collected P77.9 billion from 17 ports, all of which surpassed their targets by a combined P15.8 billion or 25%.

As early as Aug. 25, the BoC said it had exceeded its revenue target for the month.

In the first eight months of the year, the BoC collected P559.2 billion, surpassing by 35.6% the P412 billion collection target for the period.

On Wednesday, Budget Secretary Amenah F. Pangandaman said that P3.56 billion of the 2023 proposed national budget will be allocated for the digital transformation programs of the BoC and the Bureau of Internal Revenue.

“We will prioritize digitalization and accelerate digital transformation… the improvement of revenue collection through digitalization will also be a priority,” Ms. Pangandaman said, noting that the amount is equivalent to 28.6% of the Department of Budget and Management’s proposed P12.4 billion for information and communications technology projects.

The World Bank is currently supporting the digitalization of the BoC through a $88.28-million facility for the Philippine Customs Modernization Program.