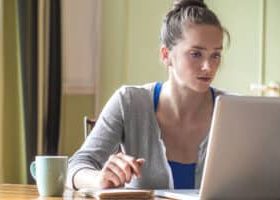 UK employees say working from home made them less productive

A BILL giving workers a 10-day paid bereavement leave has been filed at the House of Representatives.

Party-list Reps. Yedda Marie K. Romualdez and Jude A. Acidre said this would allow both state and private sector workers to grieve without sacrificing their income.

The lawmakers noted that employees are entitled to service incentive, maternity and paternity leaves, as well as leaves for solo parents and women under the Violence Against Women Act.

“However, no mandatory leaves are granted to employees who have recently lost a family member,” they said in the bill’s explanatory note.

Under House Bill 2345 or the proposed Bereavement Leave Act of 2022, a bereavement leave allows a worker to grieve and attend to the funeral of an immediate family member — a spouse, parent, child, brother or sister, and other relatives within the third degree of consanguinity or affinity.

Employees who avail themselves of the bereavement leave will be assured of job security, and the leave should not be used as a reason for misconduct, demotion or termination.

Employers who violate the proposed law will be fined as much as P20,000 or imprisoned for up to a month. — Kyanna Angela Bulan