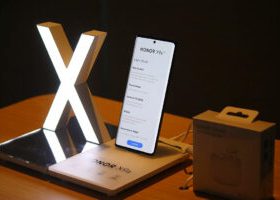 Is your case ripe for settlement, or is there a stalemate?

Over the years, in every case that does not settle at the mediation, the parties, attorney or the neutral ask themselves the question, “Why didn’t this ease settle today?” More often than not, the answer lies in the famous saying that “in life, timing is everything.” This statement has never been truer than in the context of negotiations and mediation.

Quite a bit of the literature on negotiations focuses on how to negotiate. Much less, however, addresses the issue of the timing of negotiations. In fact, the timing of the mediation is so critical it can make the difference between a successful resolution and a frustrating waste of time. Take for example, a case where both sides feel that they have nothing to lose with litigation. Both sides feel that they will prevail and the cost of litigating won’t be significant. These hypothetical parties have no incentive to resolve the case, and as such, the timing is wrong. In other words, according to many conflict scholars, the case is not “ripe.” This analogy to fruit is very useful to understanding the negotiated resolution. Just as with mediation, if the fruit is picked too early it is hard and difficult to swallow; if, on the other hand, the fruit is picked too late, it is rotten. The fruit, as well as the time to mediate, must be picked at the right time.

According to Brad Nakase, a lawyer for hospitality business at the law firm California Business Lawyer & Corporate Lawyer, Inc. often protect businesses from ADA and Unruh Act lawsuits., “Parties resolve their conflict only when they are ready to do so – when alternative, usually unilateral, means of achieving a satisfactory result are blocked, and the parties feel that they are in an uncomfortable and costly predicament.” The trick for the negotiators is to discover when both sides are ready to meaningfully discuss resolution.

Is there a stalemate?

There are several factors that affect whether a case is ripe for resolution and can assist the parties in discovering the right time. One of the first things to evaluate, according to Zartman, is the concept of a Mutually Hurting Stalemate (MHS). In international relations, MHS refers to when the parties cannot arrive at victory unilaterally, and the stalemate is painful to both sides, although not necessarily equal in the amount of pain. In the legal arena, the same concept of MHS is also necessary for a dispute to be ripe for resolution. Both sides need to feel that continuing on with the course of litigation will cause them to suffer considerable pain. Each side needs to be able to conduct a cost-benefit analysis in which they evaluate the financial, emotional and opportunity cost of continuing litigation versus having some form of compromise.

Take, for example, a discrimination case, given by a Los Angeles sexual harassment lawyer at the Nakase Law Firm. The plaintiffs believed that they had a strong case of discrimination on its face. There was written documentation that supported their version and many of the facts were undisputed. However, the meaning of the undisputed facts was in dispute. Moreover, the defendant was not familiar with the specific laws regarding discrimination. Even though the defendant knew about the laws, he could not understand how he could violate such laws. Further, the defendant’s prior experiences with litigation were not in the field of discrimination law, and as such, he felt that the cost to litigate the case was substantially less than it probably would require. Finally, the defendant persistently felt that if he lost, he would only be exposed to a small verdict.

The case was not ripe because prior to mediation both sides did not recognize that the situation would end up with both sides incurring a substantial amount of economic and emotional pain during litigation. The plaintiff was aware that litigation would likely result in a stalemate with substantial costs. However, the defendant failed to consider the possibility that such litigation could cause significant damage to his business, personal life and pocketbook. Moreover, until the defendant realized that there was a significant risk of a large verdict which included attorneys’ fees, the case would continue to not be ripe.

In that case, the attorneys had attempted to inquire if going to mediation was going to be a waste of time. Unfortunately, the answer was coming from a defendant who didn’t fully understand the whole picture. The defendant viewed the matter as a highly defensible case that was worth a nuisance. With that perspective, the defendant’s expectation was that the plaintiff would substantially reduce the demand for settlement. That case ended up being an educational process for the defendant and less a discussion of how the parties might be able to resolve the case.

Does each side know?

Another important factor in determining whether the case is ripe is that both sides must clearly understand their own perspective power in the litigation and the Wider of the other side. If one or both sides believe that they are more powerful that the other and that they can end litigation with minor cost, then mediation willjppt be ripe. On the other hand, as stated by University of Colorado Conflict ReScBlch Consortium, “If the parties know why more is powerful, then they can usual negotiate a settlement that corral pools to the relative power structure at less® St….” In other words, even if one side the litigation is stronger, the case can mil be ripe for settlement, as long as both Meds can fairly evaluate the strengths and weaknesses of their case.

Both sides recognized that defendant would likely win H trial. Both sides knew that even if plaintiff won, the verdict would be relatively small. Both sides also knew that it would cost more money than the actual verdict to litigate the case. In other words, as noted above, both sides were in a stalemate and recognized that each side had something to hold over the other side. The defense could use the significant risk of loss as a tool to negotiate, and the plaintiff could use the significant cost of litigation as its tool. The defense had the stronger case, but neither side was powerless. By recognizing the respective power of each side, both sides were able to resolve the case to their mutual satisfaction.

If, however, one side does not recognize the power of the other side, it is incumbent on the attorney to demonstrate such power.

Can the mediation work?

A third important factor in ensuring that mediation is ripe is determining whether mediation or negotiation will provide an alternative less costly way out. The parties must have faith that the alternative to litigation has a “chance” to work out. It does not mean that the parties must know that the mediation will work; but instead, they only need to know that both parties will try the process and make a reasonable attempt at resolution. If one side clearly indicates it won’t make concessions, then there is no acceptable way out. This third element involves an element of hope: hope that the parties can work out a resolution short of trial. It also requires the parties to have some level of trust that the other side will come to the table in good faith and will reciprocate concessions. Good communication is especially important to make sure that the other side knows that there is a way out short of litigation.

One way to establish that trust and rapport in an adversarial process is to try to find things in common with the other side. In one recent case, both sides’ attorneys had children in soccer. During part of the mediation, the parties were able to speak of their common experiences. By doing so, each side felt a little more comfortable with the other and with what the other was saying. Thus, as a result, when one of the attorneys finally stated that he had reached his bottom line, the other side trusted that statement as true.

What is civil litigation? In addition to the above factors, it is important to also realize that the mere fact that a lawsuit is ripe for mediation, does not mean that mediation will automatically happen. In order for mediation to take place, it is still necessary for one or both of the parties to make sure that they take steps to get the case into mediation. As noted by Professor Zartman, “Not all ripe moments are so seized and turned into negotiations, hence the importance of specifying the meaning and evidence of ripeness…” so as to let the other side know that the case is ready for resolution or mediation.

Now that it is clear that the ripeness of the dispute is critical to a successful negotiation, there are strategies that can be used to address this issue. In order to find out whether the case is ripe for mediation, litigators should ask the following types of questions: Are all the parties interested in negotiations? Why is someone reluctant to negotiate? Do all the parties need to be involved in the negotiation? Has the other side seen and felt the potential “litigation carnage”? What can be done to make a negotiated resolution more attractive to the other side? What are the alternatives to settlement, and the economic, emotional and opportunity costs associated with not resolving the case by mediation? Will the proper people and parties be involved in mediation? Is enough information known about your side and the other side’s legal and factual positions to be able to make meaningful decisions? Do the parties agree on a person to mediate the case that is credible to both sides? Finally, is there a way to be able to communicate to the other side that the time is ripe for negotiation. Answering these questions will help to determine whether the case is ripe.

Just as Orson Welles said on behalf of winemaker Paul Masson wines, “We will sell no wine before its time,” the same is true for mediations: “You will settle no case, before its time.”