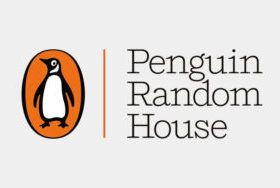 THE PESO sank to a near 18-year low against the dollar on Thursday on expectations of more aggressive moves from the US Federal Reserve and global growth and inflation concerns.

The local unit closed at P56.42 per dollar on Thursday, down by 27.5 centavos from its P56.145 finish on Wednesday, data from the Bankers Association of the Philippines showed.

The peso opened Thursday’s session at P56.25 versus the dollar, which was also its intraday best. Meanwhile, its weakest showing was at its record low of P56.45 against the greenback.

Dollars exchanged increased to $1.08 billion on Thursday from $810.71 million on Wednesday.

The Fed may need to raise its key rate to above 4% by early next year and keep it there for some time to bring high inflation back within target, Cleveland Federal Reserve Bank President Loretta J. Mester said on Wednesday. She also warned of rising recession risks in the next two years.

Ms. Mester’s remarks echoed those of Fed Chief Jerome H. Powell over the weekend at their annual gathering of global central bankers in Jackson Hole. Mr. Powell had said the US may see slower economic growth and an increase in unemployment as the central bank continues to raise rates to fight rising inflation.

The US central bank has raised rates by 225 basis points (bps) since March and is currently targeting its policy rate in the 2.25%-2.5% range.

Official data published on Wednesday showed inflation in the eurozone accelerated to 9.1% in August from 8.9% a month earlier. This may prompt the European Central Bank to consider a 50-bp or a 75-bp hike after it raised its deposit rate by 50 bps last month.

Meanwhile, China’s official manufacturing PMI rose to 49.4 in August from 49.0 in July, the National Bureau of Statistics said on Wednesday. Despite the increase, it remained below the 50-point mark that separates expansion from contraction.

For Friday, the trader said the peso may decline further “ahead of potentially upbeat US labor reports for August 2022.”