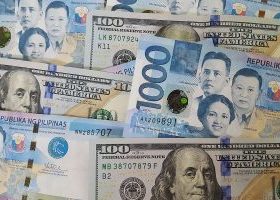 Peso may rise ahead of inflation data

THE MAIN INDEX inched up on Thursday to end its three-day slide on bargain hunting and ahead of the release of local and US economic data.

Mr. Vistan said inflation “is unlikely to be at the lower end of the range as we are now experiencing shortages in sugar, salt, garlic and other food items.”

Decliners outnumbered advancers on Thursday, 87 versus 96, while 46 names closed unchanged.

Mr. Temporal said that investors remain cautious ahead of the release of the latest US jobs report this Friday and the Philippine Statistics Authority’s (PSA) consumer price index (CPI) report next week, as well as the peso’s continued decline.

The Bangko Sentral ng Pilipinas expects headline inflation to have settled within 5.9% to 6.7% in August as food prices continued to rise. If realized, this would exceed the central bank’s 2-4% target for the fifth straight month.

The PSA is set to release the August CPI report on Tuesday, Sept. 6.

Value turnover decreased to P5 billion on Thursday with 635.98 million shares changing hands from the P8.87 billion with 1.45 billion issues seen on Wednesday.